Epidemiology of pulmonary embolism in pregnancy

Pathophysiology and diagnostic challenges in pregnancy 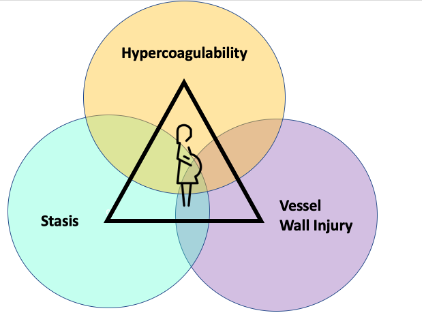 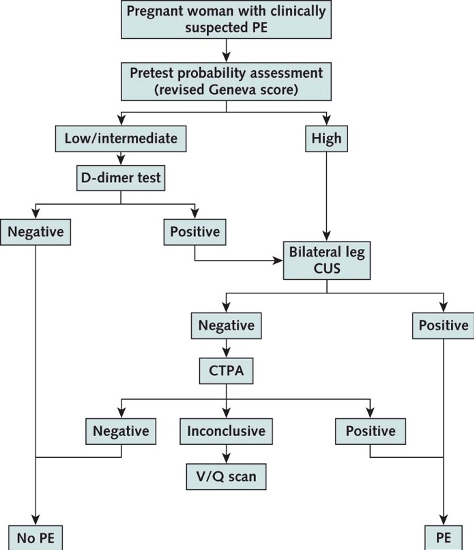 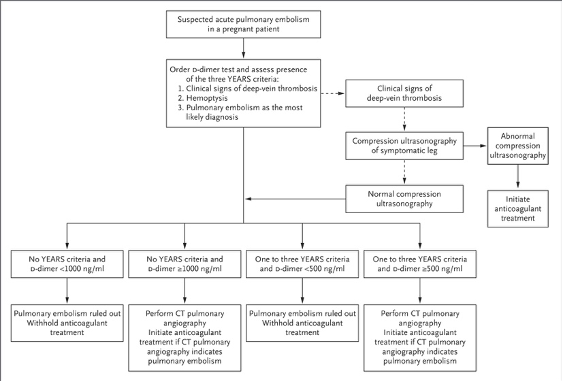 Of note the Pregnancy-Adapted YEARS algorithm has since been externally validated by applying the algorithm to the CT-PE Pregnancy Group population.  However, when applied to this patient population CTPA was avoided in only 21% of patients (versus 39% in the original study). (Langlois E, et al. J Thromb Haemost. 2019)

Diagnostic algorithm for PE in pregnancy

Based on the evidence reviewed here, consider using the following algorithm on the pregnancy-adapted YEARS study to work-up pregnant patients with suspected pulmonary embolism: 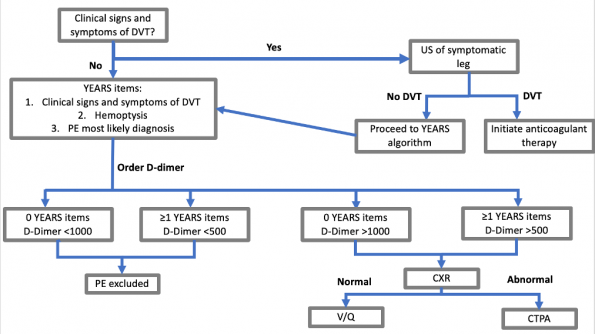 Dr. Renee Bradley is an Emergency Medicine and chief resident at the University of Ottawa.

Dr. Pascale King is an Emergency Medicine resident in the Department of Emergency Medicine, University of Ottawa. She is a junior editor with the Digital Scholarship and Knowledge Dissemination team for the EMOttawaBlog.
2020-05-28
Previous Post: Braving the Electrical Storm in the ED
Next Post: Protocol for lung ultrasound in COVID-19 patients