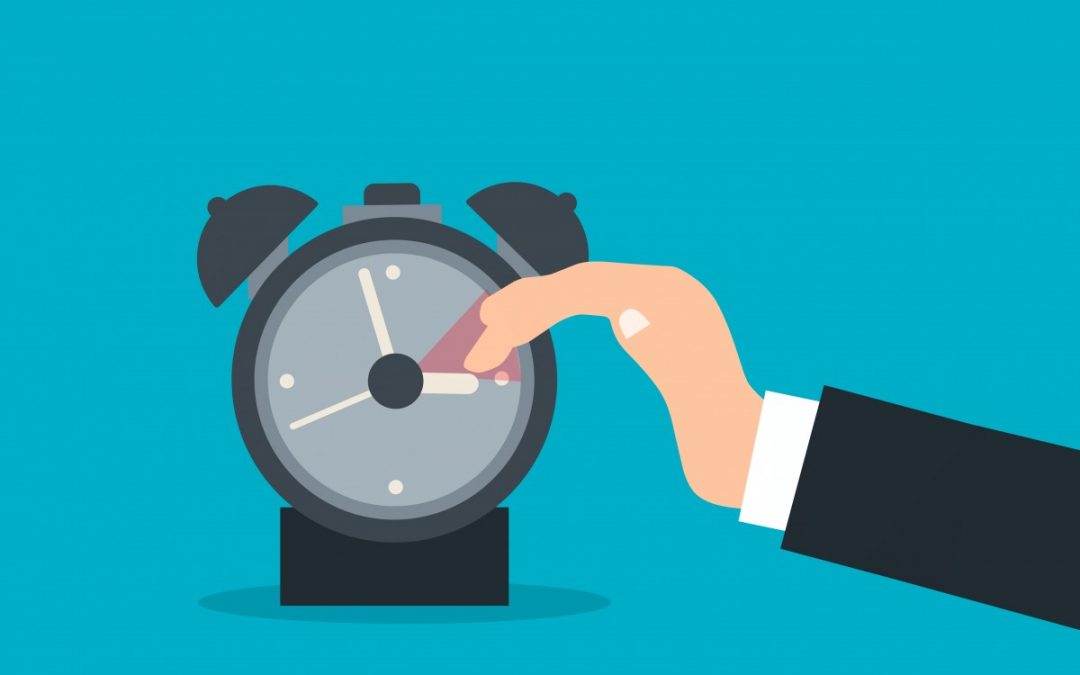 In baseball, managers will often talk about “setting up an inning”. You know, if a player gets on base, they’ll send in a pinch runner and try to steal a base to advance a runner, and so on. Clinically, setting up a shift in your mind at the star and throughout, will help ensure that you are maximizing your productivity, while ensuring you have a plan to leave on time (because this is an important aspect of your own wellness). When providing teaching and coaching on flow and productivity, a core concept is that we’re attempting to provide the tools to make a shift easier – while still optimizing clinical performance.

Previously – I’ve talked about setting your shift up into quarters (or whatever interval works for you), but let’s take a deeper dive into how setting up each one of those quarters can help you map out your shift to your benefit. A challenge in Emergency Medicine is working in an unpredictable environment, but anticipating and controlling the variables that you do have influence over, will help make your shift go by much easier.

Set your own tone

While it sounds trivial (and sometimes unavoidable), feeling this way is going to make you move slower and with less enthusiasm at the point of your shift that you should be the most energetic.

I know some people like to prime themselves by looking at the ‘board’ when they’re at home, to see how their day may look. Personally, I find this isn’t helpful, because it will normally just add a layer of stress and set a tone for when you’re heading into work. I prefer trying to get myself to work feeling upbeat – so that when I jump in, I’ve set the right vibe to want to work hard for the first two hours. Or, if you are anticipating a tough day at the office – eat well, and take some time to enjoy your day outside of work, and head into your shift with the right mindset.

There is literature that demonstrates amongst physicians with different productivity/flow, that the biggest difference performance occurs in the first two hours, and then tapers off from there. 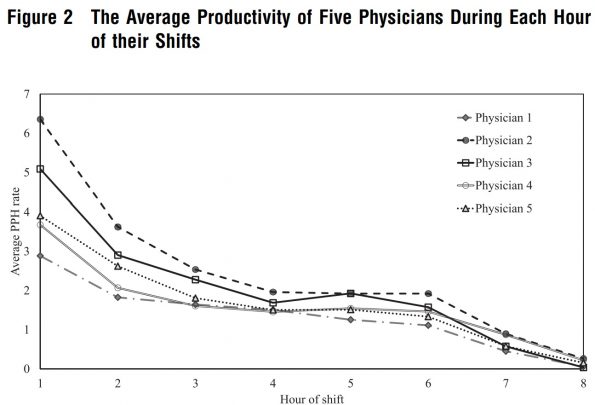 Knowing this, I really attempt to maximize the number of new patients seen in the first two hours of my shift. It makes sense; this is when I have the most energy, and lowest cognitive load. If I have learners with me, I ensure that they are also optimizing productivity early in the shift. 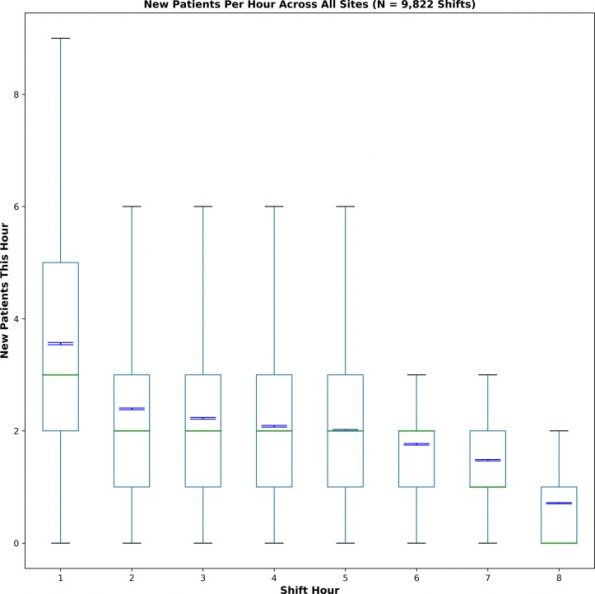 Outside of taking handovers, I may do very few clinical reassessments in this first two hours, rather focusing on seeing new patients – especially those that will require investigations.

I like to see patient’s in batches of 2-3 (ideally 3), and then arrange seeing them in a fashion that is the most efficient for me:

At this point, I take re-stock of my department, review with a learner if need be, reassess the first patient I saw who should have their X-ray done by now.

Then, I grab another 3 charts – without charting on anyone I have seen so far. This is because for me, my “optimal charting number” is 6. This number is going to be different for different people – for some it is 2 charts at a time, and for others it is twice a shift.

There are two main considerations when it comes to thinking about timing when you chart – the first is the optimal number of charts you have on the go before you become inefficient, and the second variable is where you do your “type II thinking“. Some employ type II thinking when they sit down to chart on a patient; so for more complex cases, it may be important to prioritize your charting sooner.

The second variable is your optimum number of charts to require documentation at once – completing one chart at a time is certainly inefficient, but the actual number beyond that is very variable – and may depend on your department, learners, flow, etc. But it is important to have a rough number in mind (and experiment a little bit here) so that you can proactively plan out your shift as it is happening.

An obvious downside to deferred charting, is if you let it “get away from you” and have too much bunched charts, this can present a problem towards the end of the shift – so it is still a variable that you need to remain on top of.

Knowing that in that first two hours, you are going to have your highest level of productivity, it is important to triage yourself and your resources appropriately in this time. For example; if you know that there are 20 patients to be seen, and you are going to pick up 3 charts, and have your learner pick up 1 charts – triage those in the most appropriate way properly. i.e.: of the 4 next patients to be seen, pick one that is appropriate for your learner, but that you know will also have some level of cognitive ease for you (i.e.: maybe don’t have them see the patient with complex psychosocial needs).

An important aspect of using your first two hours to see as many patients as possible, is the ability to maintain a high cognitive load. Admittedly, this requires some practice. An analogy I often use – is that when anyone wants to lift heavier weights, they have to work their way up from lighter to heavier.

Cognitive load works in the same way, and as you’re practicing maintaining a higher cognitive load (i.e.: more patients on the go), it is important to avoid the “EMR creep”. Sometimes, when there is too much on the go, we spend too much time at the computer reminding ourselves of the plans for patients, or reassessing things too early. Into your flow, build in when you want to look at bloodwork, imaging etc, so that it becomes less disruptive to your rhythm.

Flow Beyond the First Two Hours

At the two hour mark, you should have a high cognitive load; lots of patients actively on the go – so you want to spend a bit of time in the next quarter tackling some reassessments and dispositions; but be wary to not get caught in reassessment land. So while you are attempting to pair down the active patients you have, ensure that you are still picking up new charts to keep the “ball moving”.

I always take a break to eat something on shift. Evidence demonstrates that physicians take don’t take breaks to eat on shift provide worse care to their patients. But, prior to taking this break – I like to try and clean up my board as much as possible, so that when I return from my break, I have a relatively low cognitive load, and this allows me to pick up even more patients in the third quarter of my shift.

Entering my 4th quarter, I’m thinking about wrapping up. An important flow concept for me is ensuring that you leave shifts on time (assuming I’ve done my role of helping the department). So in the last quarter of my shift, I am attempting to clean my reassessments, consolidate my charting (and encouraging my learners to do the same), and attempting to see some quick ones as I wrap up. This transition period is also important to account for, because if I know I have to do a procedure, I try to accomplish it before this time period (as you never know what may derail your shift at the end).

Just like triaging patients in the ED, it is important to give some consideration to how you triage your time on shift. Think about optimizing the first two hours of your shift, and set up your shift in advance to ensure your most optimal stage of productivity, because when you are flowing well, your shift is going to feel a lot easier.