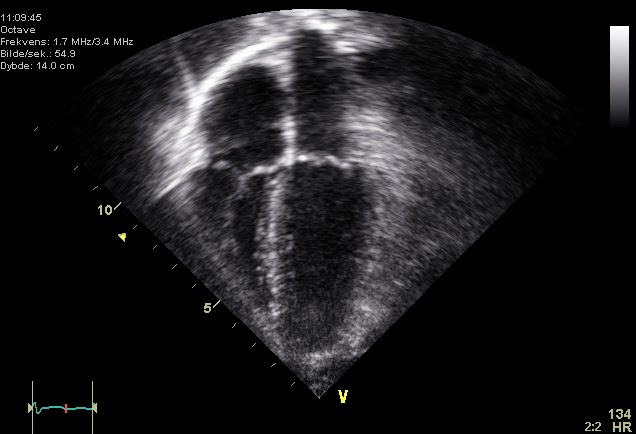 Methodology Score: 4/5
Usefulness Score: 4/5
Blyth L, Atkinson P, Gadd K, Lang E. Acad Emerg Med. 2012 Oct;19(10):1119-26.
Article Link
This systematic review of 8 studies found that when transthoracic ultrasound is performed during cardiac arrest, the absence of cardiac activity indicates a low but not zero likelihood that a patient will experience ROSC (Negative LR 0.18, Positive LR 4.26). There remains no clear definition of cardiac activity on ultrasound as well as no data on long term patient survival following ROSC; hence, echo should only be used as an adjunct to the pretest probability of patient survival in order to decide when to stop resuscitation efforts.
By: Dr. Michael O’Brien
(Presented December 2013)

Heterogeneity refers to differences between patients or differences in the results of different studies and must be carefully evaluated in a meta-analysis to determine if results can be statistically pooled. The classical measure of heterogeneity is Cochran’s Q, which is calculated as the weighted sum of squared differences between individual study effects and the pooled effect across studies, with the weights being those used in the pooling method. The I² statistic describes the percentage of variation across studies that is due to heterogeneity rather than chance.
By: Dr. Ian Stiell