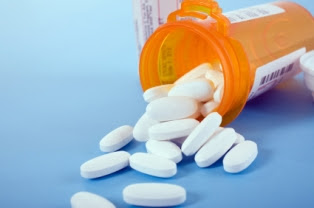 The ED patient in acute severe pain can be a challenge to treat. Even when we prescribe opioids appropriately (which is less often than you think), patient contraindications, side effects, and a poor analgesic response may limit their use. There is lots of new research on opioid alternatives in acute severe pain that ED physicians ought to consider.

Opioid Use and Misuse

·      Opioids mimic our endogenous endorphins, MODULATING the painful stimulus AFTER transmission through our nervous system
·     The range of opioid receptors (mu and delta are the ones we’re mostly concerned with) explain the range of effects, all the way from analgesia to respiratory depression
·      They are predominantly metabolized in the liver and excreted in the kidney (which can limit their use in liver or kidney disease)
·      Many textbooks, including Rosen’s, Harrison’s, and Goodman & Gilman’s, recommend an initial morphine dose of 10mg or 0.1mg/kg IV for acute severe pain (the equivalent suggested hydromorphone dose is 1mg or 0.015mg/kg IV).

A landmark study in 1989 demonstrated how bad we are at providing adequate analgesia in the ED: 56% of patients in pain received no analgesia, 42% waited more than 2 hours before receiving any, and 32% received a less than optimum dose1

·     Things may not have changed much since then – a 2010 AJEM study found that while 36% of patients receiving IV opioids remained in severe pain after an initial dose, only 1/3 of them received any subsequent dose titration.2
·       Another study was even more dismal – of 281 ED patients in acute severe pain receiving IV opioids, 95% received less than the recommended textbook dose, and only 2.5% received any subsequent dose titration.3
·       Even AT the recommended dose (morphine 0.1mg/kg IV), our patients may still not get great relief (in one study, only 1/3 of patients receiving the textbook dose got a pain reduction of at least 50% – which is considered the clinical gold standard in judging an effective analgesic effect).4
·    Systematic reviews suggest that the textbook dose is safe, with 0/2095 patients requiring reversal of respiratory depression in one review, and 1/1266 in another.5,6

We still don’t prescribe adequate doses of opioids to patients in acute severe pain (which, generally speaking, are safer than we think). In otherwise healthy patients, we ought to give an appropriate initial dose, and titrate to effect. However, we should also not be surprised if opioids aren’t effective in everyone.

There has been a lot research done on the use ketamine as an analgesic, in both the emergency and anesthesia literature. Ketamine is primarily an NMDA receptor antagonist, but also a weak mu and kappa agonist, as well as a serotonin, dopamine, and norepinephrine re-uptake inhibitor. This means that it not only MODULATES the painful stimulus after transmission (as the opioids do), but it may actually BLOCK the transmission of the painful impulse in the first place. 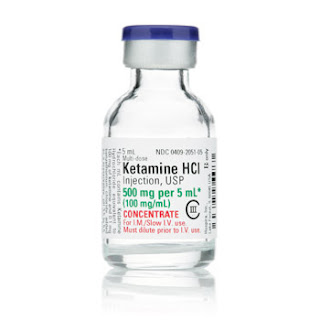 Ketamine for analgesia is experiencing a surge of interest. It appears to allow for greater pain reduction (or at least limits the amounts of opioids used), and is safe. Consider its use in cases where opioids need to be limited, or where pain is refractory. Its biggest drawback seems to be dysphoric and psychomimetic reactions, however these might be reduced by using a low dose (eg. 0.15mg/kg IV over 10 mins, +/- an infusion of 0.03-0.06mg/kg/hr)

A sodium channel blocker that is ubiquitous as a local anesthetic, where it totally blocks nerve transmission. May also have a role as an IV analgesic, although the mechanism is less clear. It is increasingly used in oncologic/palliative settings, as well as in severe chronic and neuropathic pain 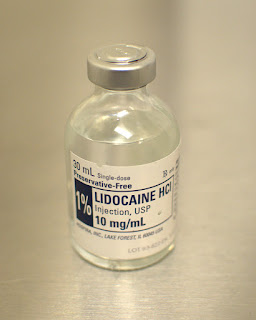 Lidocaine at a dose of 1.5mg/kg vs. morphine 0.1mg/kg was studied in a double-blind RCT of renal colic patients – the lidocaine group had a statistically significant reduction in pain scores, with about 8.3% experiencing transient dizziness and 2.5% experiencing some peri-oral numbness.10

Another RCT looked at its use in critical limb ischemia, where a dose of 2mg/kg of lidocaine achieved statistically significant lower pain scores than morphine, without any adverse effects reported

IV lidocaine has some evidence to suggest its possible use in the ED, however its unclear mechanism and unfamiliar route of administration is likely to make many physicians uncomfortable. Still, its use might be considered in the specific clinical situations studied, and with sufficient monitoring capabilities and buy-in from colleagues in other departments.

Another drug that we are used to in the ED, although usually for its indication as a procedural sedation/induction agent. It is a hypnotic/amnestic, with most of its effects coming from GABA potentiation, although with some likely sodium channel blocking and endocannabinoid properties. It has primarily been used in the setting of severe/refractory migraine

While it was weakly recommended AGAINST in the most recent Canadian Headache Society guidelines13 (primarily due to concerns about its ineffectiveness and side effects of drowsiness and slurred speech), propofol is a drug we are eminently familiar with in the ED, and is potentially worth a try for the patient who is refractory to standard migraine treatments.