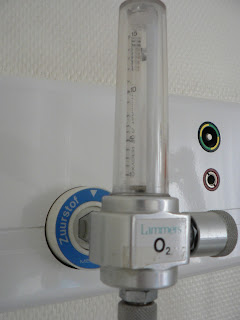 http://circ.ahajournals.org/content/131/24/2101.long
There is no good existing evidence to support the use of O2 in non-hypoxic STEMI patients, particularly in the era of PCI, and there is a growing body of evidence to suggest harm.  This paper makes a good attempt to answer the question definitively, but is not powered to do so in a clinically relevant way.  Take home points are 1) remember that O2 is still a drug, and that indiscriminate use has potential for harm, and 2) stay tuned for the Hoffman study (DETO2X-AMI) next year to possibly answer this clinical question.
By: Dr. Thara Kumar
(Presented December 2015)

What is a Geometric Mean?

A geometric mean is a type of mean or average which can be useful when combining items measured on a different scale. It is obtained by calculating the square root of the product of 2 numbers rather than dividing their sum. If we take the example of a survey where one answer is “3” on a 5-point Likert scale and another answer is “7” on a 10-point Likert scale, the usual/arithmetic “mean answer” would be (3+7)/2=5 whereas the geometric mean would be √(3×7)=4.6…which is slightly less influenced by the magnitude of the answer measured on a 10-point Likert scale.
By: Dr. Christian Vaillancourt