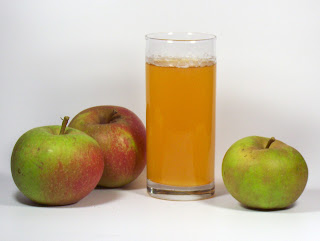 Methodology Score: 4.5/5
Usefulness Score: 4.5/5
Freedman, SB, et al.
JAMA. 2016;315(18):1966-1974.
Abstract Link
This single centre, single blinded non-inferiority randomized controlled trial suggests that in children 6-60mo with gastroenteritis and mild dehydration, apple juice/preferred fluids were superior to standard electrolyte maintenance solution with a treatment failure rate of 16.7% vs. 25.0% respectively (NNT 12, ARR -8.3%, 97.5%CI P <0.01 for inferiority and P=0.006 for superiority).  The strength of this paper is that it is easily applied to our patient population, however it should be noted that these results have yet to be reproduced in a multi-centre trial and we should not apply the results to patients with severe dehydration.
By: Dr. Chris Fabian

Equivalence or Non-Inferiority Trials
Most RCTs aim to determine whether one intervention is superior to another (superiority trials). Often a non-significant test of superiority is wrongly interpreted as proof of no difference between the two treatments. By: contrast, equivalence trials aim to determine whether one (typically new) intervention is therapeutically similar to another (usually existing) treatment. A non-inferiority trial seeks to determine whether a new treatment is no worse than a reference treatment. Because proof of exact equality is impossible, a pre-stated margin of non-inferiority (delta) for the treatment effect in a primary patient outcome must be defined a priori. Equivalence trials are very similar, except that equivalence is defined as being within pre-stated a two-sided treatment effect. True (2-sided) equivalence therapeutic trials are rare.
By: Dr. Ian Stiell