Prevalence of Pulmonary Embolism among Patients Hospitalized for Syncope. 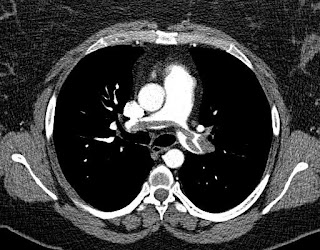 Methodology Score: 3.5/5
Usefulness Score:  2/5
Prandoni P, et al.
N Engl J Med. 2016 Oct 20;375(16):1524-1531.
Full Article
This cross-sectional multi-center study of Italian patients admitted after an ED presentation for syncope found a 17.1% pulmonary embolism (PE) rate among admitted patients and 3.8% among all-comers to the ED. These results are in stark contrast to current perceptions and measured data surrounding prevalence and outcomes with syncope and PE. The group felt the differences are due in large part to spectrum bias and in part due to over-diagnosis and incidental findings. Studies in populations similar to ours would be required to change current practice.
By: Dr. Michael Ho

By: Dr. Venkatesh Thiruganasambandamoorthy
Spectrum Bias: For clinicians the probability and the seriousness of underlying condition(s) previously reported dictates how aggressively they investigate to identify the serious condition. Seriousness depends both on the condition (e.g symptomatic sustained ventricular tachycardia is lot more important than one premature ventricular beat with similar QRS morphology) and the treatment if one would treat the condition (the former one might need a defibrillator insertion and latter one nothing). In the PESIT study, two important components likely led to spectrum bias: the authors did not report the characteristics all patients presented the emergency with syncope (which likely is different from other centers) and second the decision to hospitalize patients would not be the same at other centers (or where you practice). If the study population reported in a study is different from your practice population, then physicians cannot apply the results of the study in their practice.