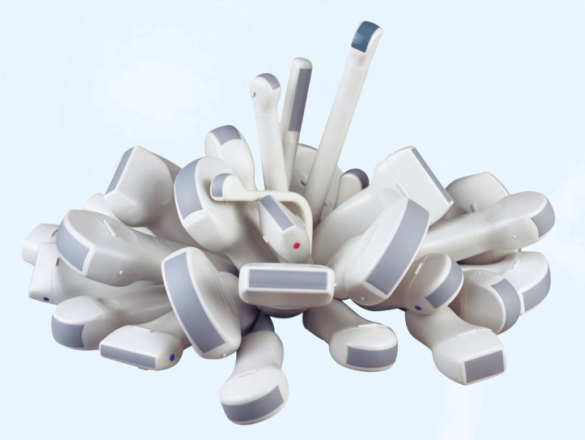 A female in her 20’s presents to the emergency department 15 days after major cardiac surgery to repair a congenital aortic valve defect. Her chief complaint is palpitations and shortness of breath, which have been constant and ongoing for the last 4 days. She has no PND or orthopnea, no calf swelling, or history of DVT/PE. She has no past medical history other than the aortic valve defect and is on no medications.
Her exam shows a well looking young female in no acute distress. Her vitals are BP 110/40, HR 110, afebrile, O2 99% on room air, RR 18. Her sternotomy incision site looks healthy. Her lungs are clear and there is a loud cardiac murmur, but both the senior resident and staff are unable to tell if it is systolic or diastolic because of the patient’s tachycardia. There are no signs of DVT.
Routine bloodwork including cardiac enzymes, chest x-ray, and ECG are all normal other than sinus tachycardia. A comprehensive echocardiogram performed day 2 post-operatively was normal with only trace aortic regurgitation.
At this point, what are the top 4 things you can think of that might be going wrong with this patient?
A focused echocardiogram was performed to try to differentiate between these causes. These are the images obtained:
After reviewing the images, take a second to consider your differential diagnosis now. As always, we ask ourselves the following questions after performing the cardiac ultrasound:
1.   Is the LV function hyperdynamic, normal, decreased, or severely decreased?
Based on the parasternal long axis view, the LV walls are coming together at least 30% in systole, so the LV function appears normal. Also the mitral valve is almost making contact with the septum, which also confirms normal LV function.
2.   Are there signs of RV dilatation or strain?
Based on the A4C view, the RV appears smaller than the LV and appears to be contacting well, so there are no echo signs of RV strain.
3.   Is there a pericardial effusion?
A subxyphoid view is usually the most sensitive for looking for an effusion, but based on the views obtained there’s no effusion seen.
Using doppler ultrasound, what does this view show?

The doppler ultrasound over the aortic valve demonstrates a significant amount of aortic regurgitation. Usually, blood flow moving AWAY from the ultrasound probe should appear BLUE, whereas blood flow moving TOWARDS the ultrasound probe should appear RED/YELLOW.
What we see here is a combination of a blue jet streaming backwards through the aortic valve, with a red/yellow jet that appears seemingly in the middle of the blue jet. This is an ultrasound artifact called aliasing, which means that very rapid, turbulent blood flow in the middle of the aortic regurgitation jet is exceeding the scale the machine is currently set to, meaning it’s travelling greater than 64 cm/second AWAY from the probe. This cine clip could have been made better if the scale had been increased on the machine, which would have made the regurgitant jet appear entirely in blue.
Even if you’re not interested or experienced in recognizing aortic regurgitation or aliasing, we can at least say there’s no sign of decreased LV or RV function and no pericardial effusion, which eliminates tamponade from our differential and although it doesn’t eliminate PE or CHF as possibilities, they seem less likely now.
What qualifies as significant aortic regurgitation (AR)?
Another important pearl is how to differentiate insignificant AR from significant AR. As emergency physicians, we don’t really care about any valvular lesion that is “trace” or “1+ severity” on a cardiology performed echo. What we want to be able to recognize is the severe, 3+ or 4+ valvular lesions which may affect our management.
While truly quantifying AR is hard, in general if you can see the regurgitant jet takes up >65% of the LV outflow tract, that’s likely to be a significant problem.
Also don’t forget the basics, like just looking at the valve leaflets and qualitatively deciding whether it looks like they’re coming together properly in diastole. If you happen to see a big floppy vegetation sitting on the valve, that’s obviously really useful too.
Outcome:
With the major change from the post-operative echo which showed just trace aortic regurgitation, and the bedside echo suggesting there was now severe aortic regurgitation, cardiac surgery was consulted. A comprehensive echo performed shortly after showed 4+ aortic regurgitation likely from a torn suture causing a torn valve, and the patient went on to have a repeat repair procedure.
Summary of Main Pearls from the Case:
Thanks the Dr. Ohle for the great case and saving the images!
*Details of the case have been anonymized and altered in order to protect patient privacy*
Expert Commentary provided by Dr. Brandon Ritcey, FRCPC Assistant Fellowship Director of EM POCUS at the University of Ottawa
Edited by Dr. Paul Pageau, CCFP-EM, Assistant Professor,  Program Director for Ultrasonography at the University of Ottawa
Edited and Formatted by Dr. Rob Suttie, PGY2, Emergency Medicine at the University of Ottawa.
For more information on our POCUS program please see Clinical Sonography Ottawa.