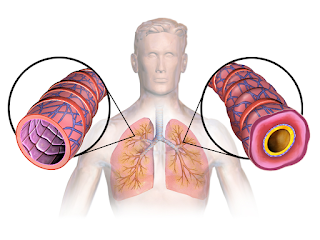 Usefulness Score: 3.5/5
Rehrer MW, et al.
Ann Emerg Med. 2016 Nov;68(5):608-613.
Abstract Link
This single centre, randomized, triple-blinded, control trial did not demonstrate noninferiority of a single dose of dexamethasone compared to standard 5 day course of prednisone for adult asthma exacerbations. In most patients, prednisone for 5 days should still be used. A select group of patients with poor compliance may still benefit from a single dose of dexamethasone although further studies are needed.
By: Dr. Simeon Mitchell

Equivalence or Non-Inferiority Trials
Most RCTs aim to determine whether one intervention is superior to another (superiority trials). Often a non-significant test of superiority is wrongly interpreted as proof of no difference between the two treatments. By contrast, equivalence trials aim to determine whether one (typically new) intervention is therapeutically similar to another (usually existing) treatment. A non-inferiority trial seeks to determine whether a new treatment is no worse than a reference treatment. Because proof of exact equality is impossible, a pre-stated margin of non-inferiority (delta) for the treatment effect in a primary patient outcome must be defined a priori. Equivalence trials are very similar, except that equivalence is defined as being within pre-stated a two-sided treatment effect. True (2-sided) equivalence therapeutic trials are rare.
By: Dr. Ian Stiell