Opening the Book: Pelvic Trauma in the ED

Unstable pelvic fractures have high mortality rates, particularly with patients who are hemodynamically unstable, due to difficulty in achieving hemostasis and other associated injuries. At present, there is no standard guideline that has been published and universally accepted in the management of pelvic trauma. These patients should have integrated management between ED physicians, trauma surgeons, orthopedic surgeons and interventional radiologists. In the words of Scott Weingart, “If you don’t have an institutional protocol, you are going to fail… this needs to be worked out before the crashing patient comes in!” 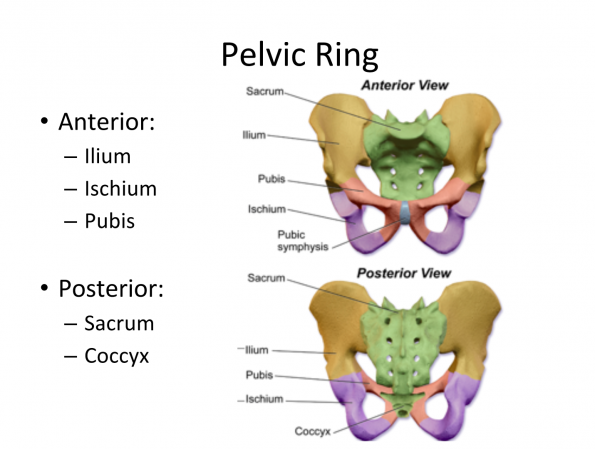 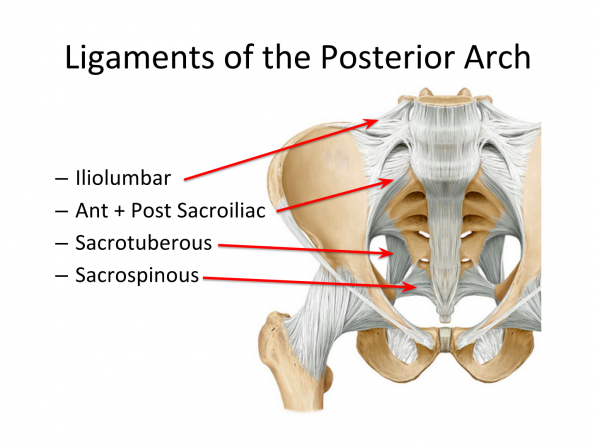 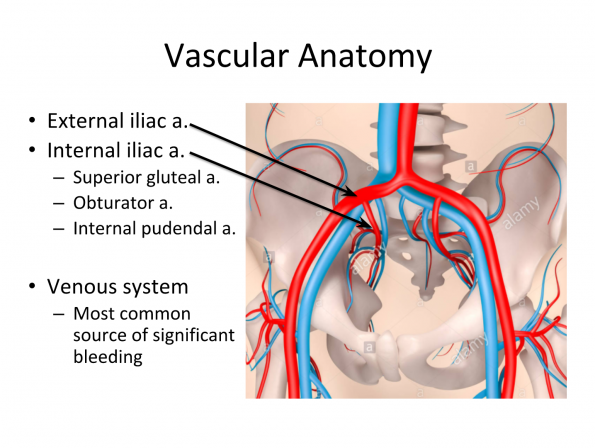 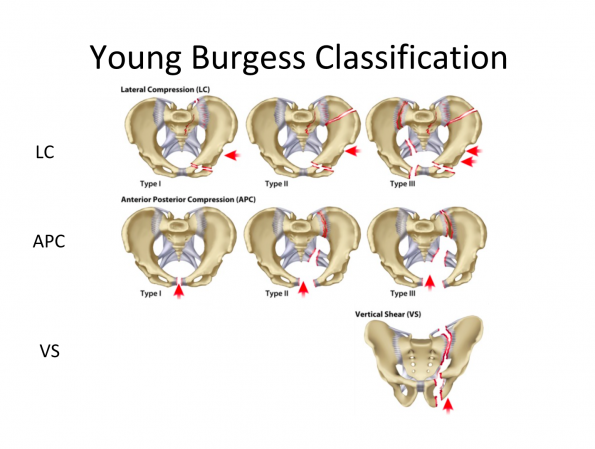 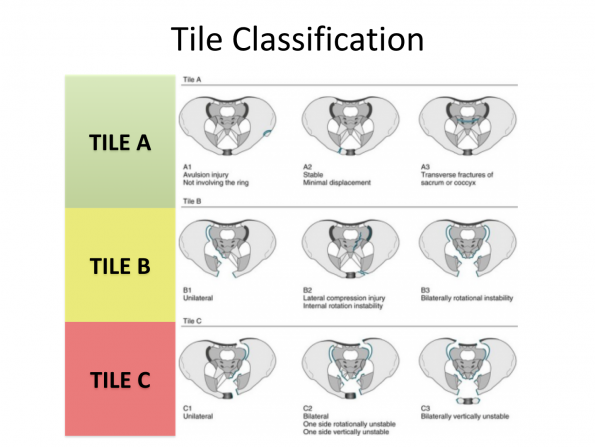 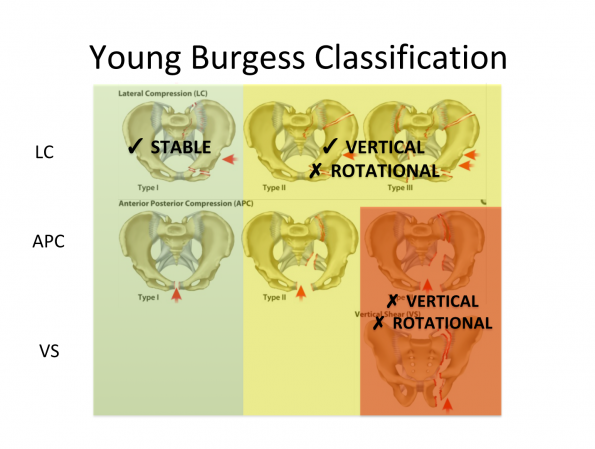 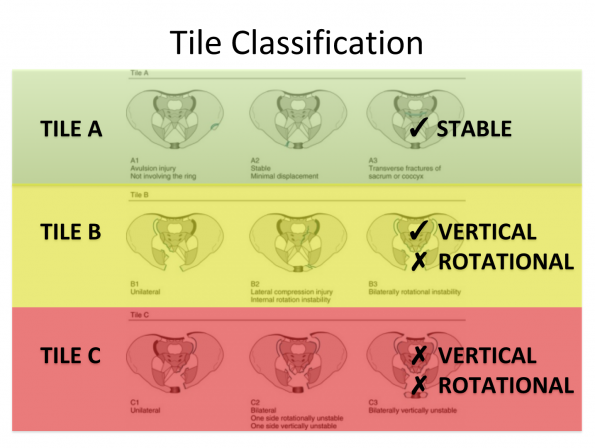 Stabilizing an Unstable Pelvis in the ED 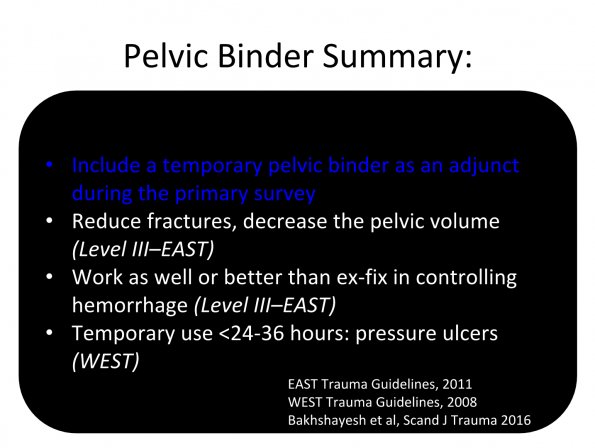 Diagnostic Tools and interventions in management of pelvic fractures: 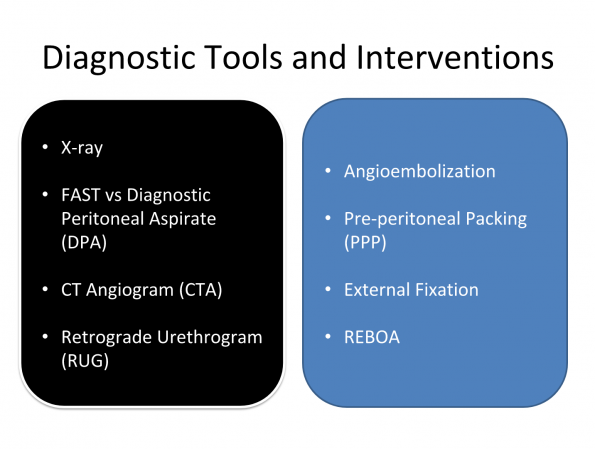 What is the best test to exclude intra-abdominal bleeding in pelvic fractures? 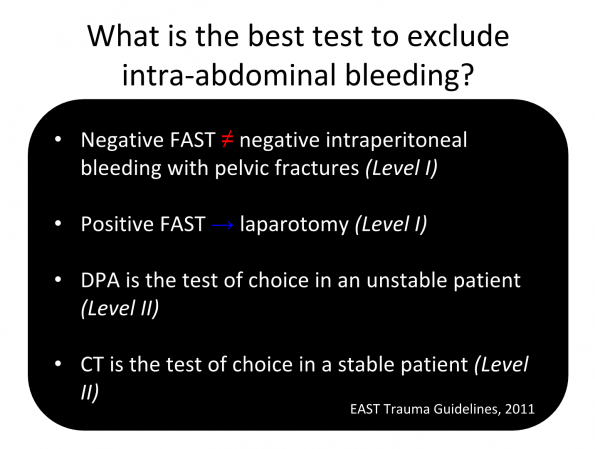 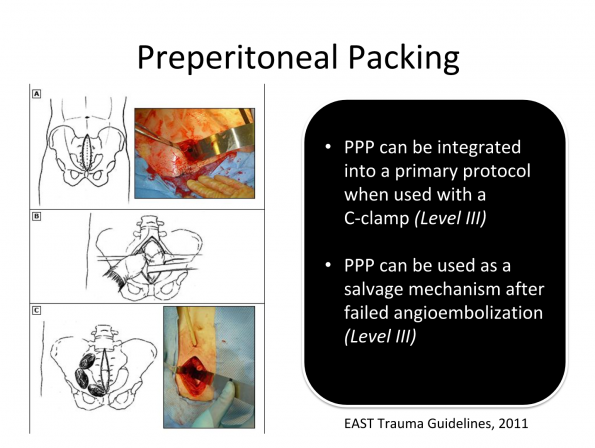 An Algorithm for Managing Pelvic Trauma in the ED 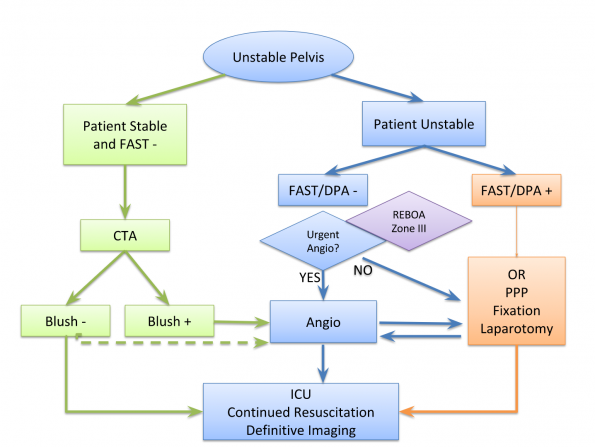 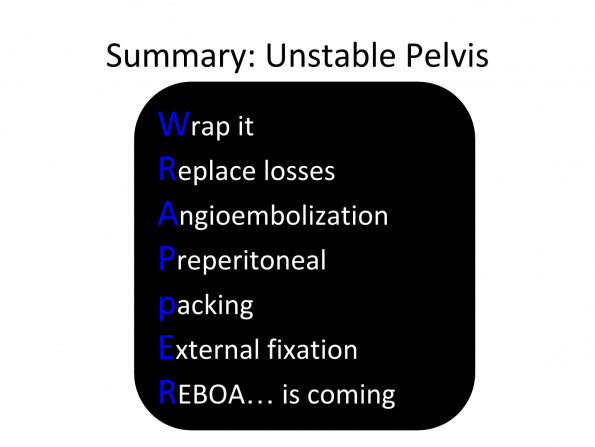