My Heart is Racing! Select Cardiac Arrhythmias in the ED

There are a few specific arrhythmias that we encounter often in the ED that deserve a little bit more thought. Dr. Matthew Lipinski takes us through a few updates in the area beyond the routine basics. For other Grand Rounds Summaries please see our archives.

There is a specific subset of cardiac syncope patients you should be aware of next time you pick up their ECG, and that is your chronic bifascicular block patients.

First off: What do I mean when I say bifascicular block? For this discussion, there are three different conduction pathways which can be interrupted after the AV node: the right bundle, the left anterior fascicle, and the left posterior fascicle. 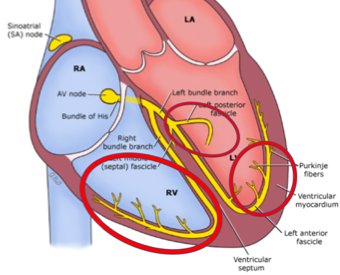 If any two of these three are blocked (RBBB + LAFB, RBBB + LPFB, LBBB), that is considered a bifascicular block: 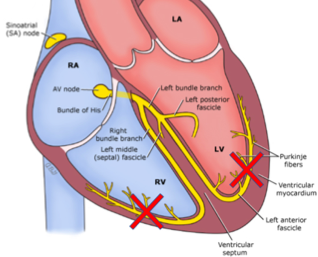 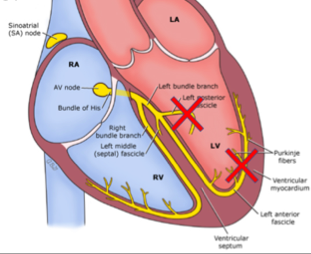 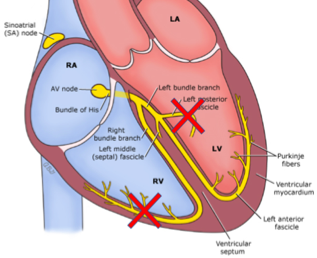 The biggest concern people often discuss is “high risk” bundle branch blocks and the risk of progression to symptomatic complete heart block. A study by McAnulty et al. in 1982 actually attempted to look at this to see what kind of risk this actually was:

To try and specifically look at syncope and bundle branch blocks, there were two recent studies:

Ventricular Tachycardia originates at or below the bundle of His. Most the time, the etiology is ischemia-mediated with structural heart damage as the culprit. While many people believe that ventricular tachycardia is predominately an unstable arrhythmia, it often in fact is a stable, perfusing rhythm. The Expert Consensus on Ventricular Arrhythmias in 2014 states that non-sustained VT is found in 6% of patients being investigated for palpitations.

The three main modalities clinicians use to convert VT are:

The literature is varied on this topic and the recommendations also vary depending on the guidelines:

There have been recent retrospective studies and systematic reviews that have tried to determine which medication, amiodarone or procainamide, is more effective in stable ventricular tachycardia. While they found no difference in the effect of either medication, the included study designs had their flaws.

As such, most recently PROCAMIO was a prospective, randomized control trial which compared Procainamide vs. Amiodarone in stable, wide complex QRS, monomorphic tachycardia (presumed VT). 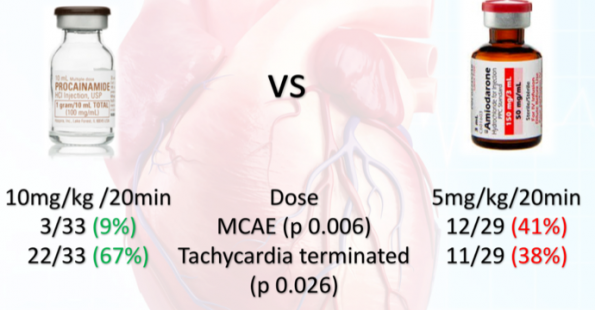 “Recently” (2014) The Canadian Cardiology Society (CCS) updated their recommendations for anticoagulation in Atrial Fibrillation. In the 2016 update, this was renamed the “CHADS-65” and is the current recommendations for oral anticoagulant (OAC) initiation. The CCS also recommends Direct Oral Anticoagulants (ex. Apixaban, Rivaroxaban, Dabigatran) as the preferred initial treatment over Warfarin if not contraindicated. (Dr. Ian Stiell discusses the CHADS-65 score here). 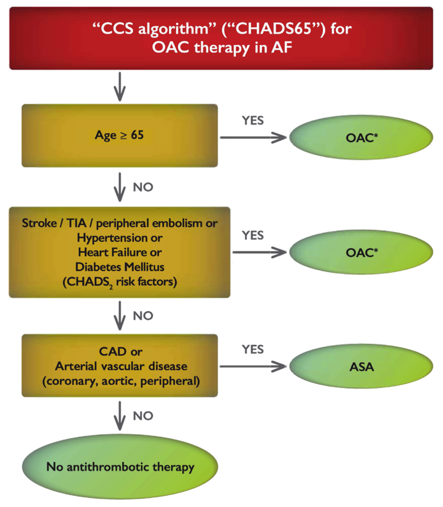 The rationale for the addition of age 65-74 by the CCS are mainly for 2 reasons:

The HAS-BLED score by Lip et al. in 2011 can be used to try and identify patients at higher risk of bleeding. Criticisms of the score are that it is very conservative, including many patients as “high risk.” That being said, I think it is as good a place to start as any to try and risk stratify patients. 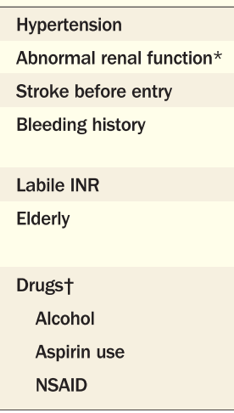 Multiple studies have shown that we are not very good as Emergency Physicians at prescribing oral anticoagulants. There are many cognitive barriers to this, including concerns of increased bleeding risk and falls.

We tend to overestimate the risk of bleeding and falls in these patients, while underestimating the benefit of anticoagulation. A mathematical model by Man-Son-Hing et al. in 1999 determined that a patient over the age of 65 years old would have to fall 295 times/year for the increased risk of Subdural Hemorrhage (SDH) while on Warfarin to outweigh the stroke benefit of Warfarin.

With 1/10 falls having a risk of major injury, it’s the fall that will kill the patient, not the increased risk of SDH while on an anticoagulant.

While there are many practical and financial barriers to starting a patient on an OAC while in the ED, Thrombosis Canada has a fantastic app and website which will assist you in initiating these medications in the ED. This includes a web tool that, in less than 60 seconds, accounts for your patient’s personal comorbidities and provides recommendations: 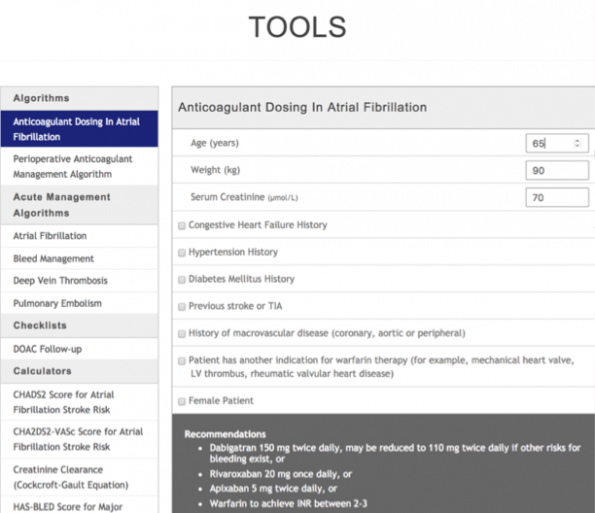