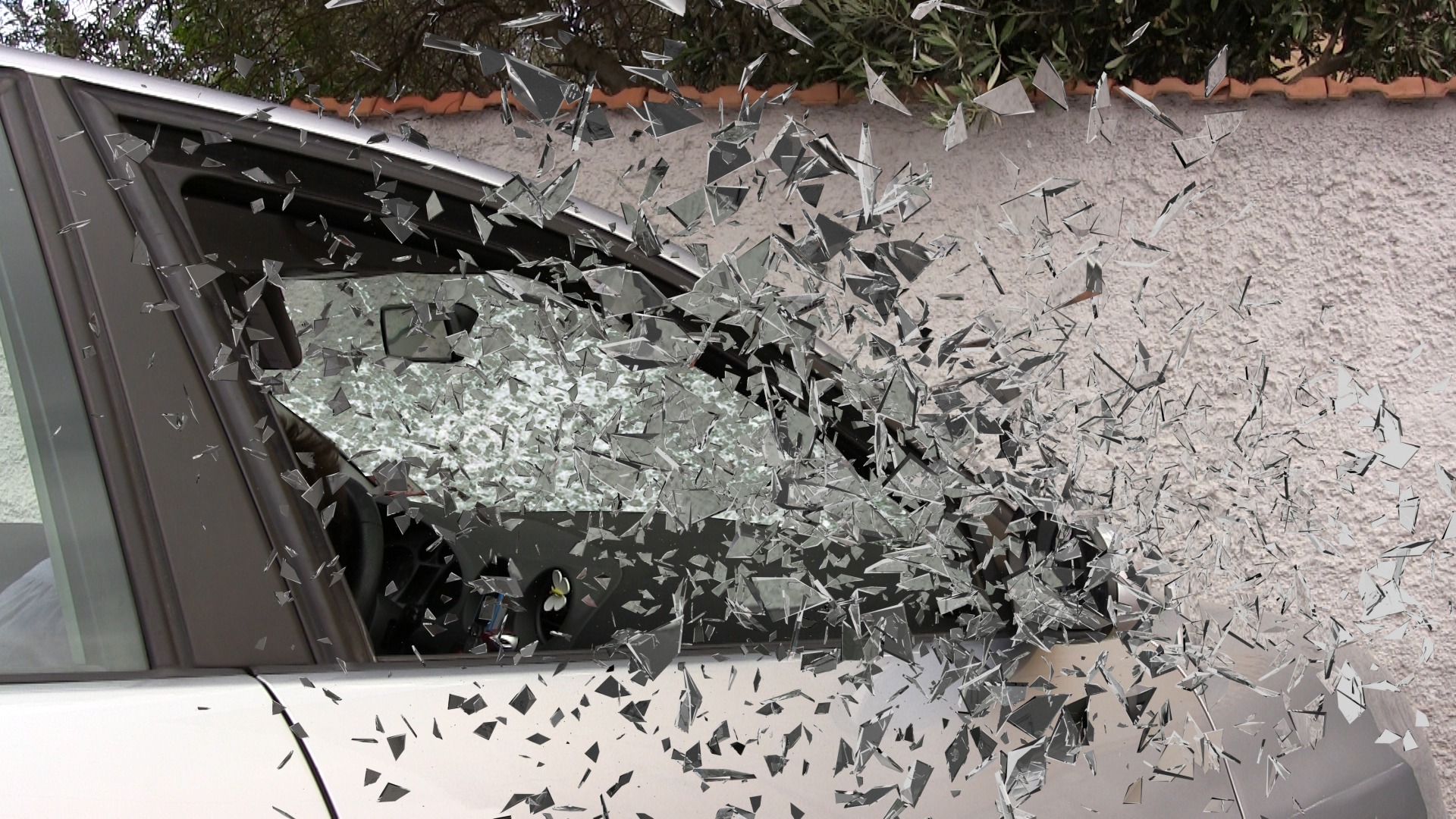 Continuing resuscitation of the TCA patient

The problem is that the data varies wildly regarding the survivability of TCA. Historically, systems show survival of < 3% and many have < 1%. It’s important to appreciate that the majority of studies cited in the NAEMSP/ACSCOT position paper were published more than 15 years ago, and the classic paper by Mattox showing a survival rate of 0% was published more than 30 years ago.

Here in Canada, we also have some pretty dismal data on the outcomes of TCA patients:

But recent studies from many groups show promise for better outcomes for TCA patients. 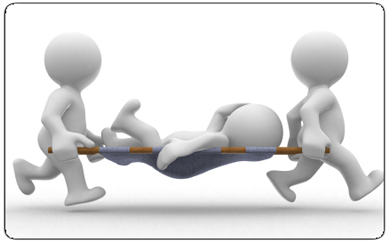 “In traumatic arrest, in distinction from medical arrest they don’t need to be doing compressions while you’re doing that because compressions aren’t doing anything. So make it easy, tell them to stop CPR for a second to put the damn tube in and be done with it.” – Scott Weingart, 2013

The majority of potentially salvageable TCAs are due to hypoxia or insufficient preload (i.e. hypovolaemia, pericardial tamponade or tension physiology). The heart may be beating but has nothing to pump!

In addition, chest compressions in a potentially beating heart may result in clot displacement, chest wall injury and pulmonary and visceral injury. This was demonstrated in an article by Corbett and colleagues published in the Annals of Emergency Medicine in 1997; “The detection of traumatic complications of cardiopulmonary resuscitation by ultrasound”.

Chest compressions deliver 10–30% of normal cardiac output in patients who have normal volume status. In significant hypovolaemia chest compressions are insufficient for coronary perfusion, so are unlikely to generate useful flow.

So besides not making any physiological sense, is there any evidence regarding the utility of closed chest compressions?

There is a paucity of literature of this matter. The most cited paper for withholding closed chest compressions in trauma arrest comes from an article published in the Journal of Trauma by Luna and colleagues in 1989.

The difficulties of undertaking resuscitation of a patient in traumatic cardiac arrest while performing chest compressions should not be underestimated. Resuscitation SHOULD include intubation, performing bilateral thoracostomies,  establishing  large bore venous access – often central access via a subclavian vein – instituting rapid infusion of blood and blood products, obtaining ultrasound and plain X-rays and perhaps performing a thoracotomy. Performing chest compressions can impair and hinder all of these interventions. It is possible that in patients with some chest injuries, for example multiple bilateral rib fractures, external chest compressions may cause significant harm. Some reports suggest that compressions may impair flow through rapid infusion devices, slowing transfusion and inhibiting volume replacement.

The European Resuscitation Council (ERC) updated their guidelines in 2015. They state that in cardiac arrest caused by hypovolaemia, cardiac tamponade or tension pneumothorax, chest compressions are unlikely to be effective. Because of this fact, chest compressions take a lower priority than the immediate treatment of reversible causes (e.g. thoracotomy, controlling haemorrhage, etc.).

On the heels of the ERC, the Australian Resuscitation Council (ARC) and the New Zealand Resuscitation Council (NZRC) updated their guidelines stating that in cardiac arrest due to trauma, haemorrhage control, restoration of circulating blood volume, opening the airway and relieving tension pneumothorax should have priority over conventional cardiopulmonary resuscitation (CPR) (i.e. external chest compressions, defibrillation and adrenaline) unless a medical cause for cardiac arrest is reasonably suspected to have preceded the traumatic event.

The AHA and Canadian Heart and Stroke Foundation addressed this issue in their 2015 update in the the Special Circumstances of Resuscitation chapter, they state: 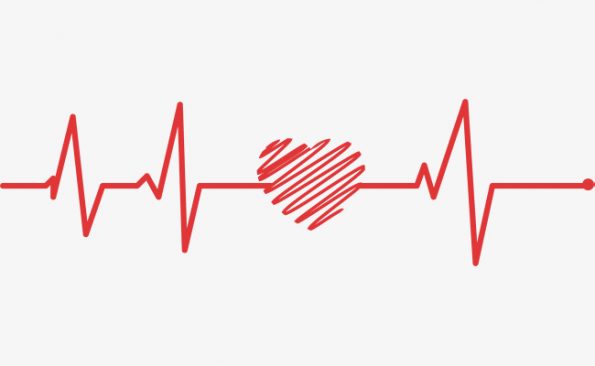 Role of epinephrine in TCA.

Epinepherine is a directly acting sympathomimetic amine. It is used in CPR to increase cerebral and coronary perfusion via alpha mediated  peripheral vasoconstriction. Epi has been a part of advanced life support since the standards were first published, as initial animal experiments demonstrated that it leads to increased coronary perfusion pressure, increased flow to vital organs and increased survival; however, RCTs in humans have failed to show this.

So, should we be using epi or other vasopressors in trauma patients?

Sperry and colleagues, in their 2008 paper published in the journal of Trauma, demonstrated that there is an increased risk of mortality in adults with blunt trauma when vasopressors are used. Data were obtained from a multicenter, prospective, cohort study designed to evaluate the outcome of blunt injured adults in hemorrhagic shock who received either aggressive fluid resuscitation only or fluid resuscitation and the use of vasopressors. Their results revealed that vasopressor use within 12 hours after injury was independently associated with over an 80% higher risk of mortality, and was independently associated with over a twofold higher risk of mortality at 24 hours

This 2016 study by Lin and Colleagues examined the early postresuscitative hemodynamics, survival, and neurologic outcome according to different time points of first epinephrine treatment among children with TCA.

This was a reterospective study of 388 children. They found that early epinephrine temporarily increased heart rate and blood pressure in the first 30 minutes of the postresuscitative period, but impaired end-organ perfusion and caused end organ damage. Most importantly, the rates of survival and good neurologic outcome were not significantly increased by early epinephrine administration.

Gupta and colleagues’ review in 2017 concluded Vasopressors have a role in resuscitation when vasoplegic shock ensues and blood pressure cannot be maintained by fluids and blood products administration alone, only then should they be considered.

In a 2014 systematic review and meta-analysis on this subject, a total of 15 studies were eligible and included. A random effects model suggested that patients receiving prehospital epi were 2.89 times more likely to achieve prehospital return of spontaneous circulation than those not administered epi. However, there were no significant effects on admission and survival to discharge.

Epinepherine is known to adversely affect cerebral microvascular blood flow during CPR and may worsen cerebral ischemia. Combined with the fact that hypovolemic TCA patients are already hypoperfused, severely acidemic and maximally vasoconstricted, the role of epinepherine in this setting doubtful.

The management of TCA patients is complex, stressful and uncommon, and is therefore prone to error unless a reproducible system is used to facilitate management. Every arrest is different, but all could benefit from a common structure; a template that allows for appropriate clinical deviation.

Of note, there is no mandatory trauma arrest specific resuscitation algorithm in our trauma bibles. For example ATLS and DSTC provide little to no guidance for these situations. Many emergency department providers may not be specifically trained on how to manage a TCA patient.

Several algorithms have been published in the literature; in particular the ERC 2015 Trauma Arrest Algorithm in the most well referenced. These algorithms all contain certain components that should always be addressed when presented with a TCA patient. They all address the need to treat potential reversible causes of TCA. TCA is a unique disease in which clinicians are frequently confronted by a healthy heart that has arrested as a result of common pathways.

The components which all the algorithms address are:

T – Decompress the chest with finger or tube thoracostomies, we should stay away from needle decompression

Many large trauma centers in the US have protocols in place for their trauma teams to follow in the event of a TCA case. The protocol from the MAYO clinic states on page 1 that, “The utilization of ACLS and BLS measures (i.e. Epinephrine, Atropine, and closed Cardiopulmonary Resuscitation) in the setting of ATLS Resuscitation is of limited benefit in the setting of traumatic patient arrest.”

Since this grand rounds was completed, ATLS released their 2017 update, to see the most relevant changes, visit our infographic here!

Gupta B, Garg N, Ramachandran R. Vasopressors: Do they have any role in hemorrhagic shock? J Anaesthesiol Clin Pharmacol. 2017 Jan-Mar;33(1):3-8.