All in one: Sepsis in the Emergency Department 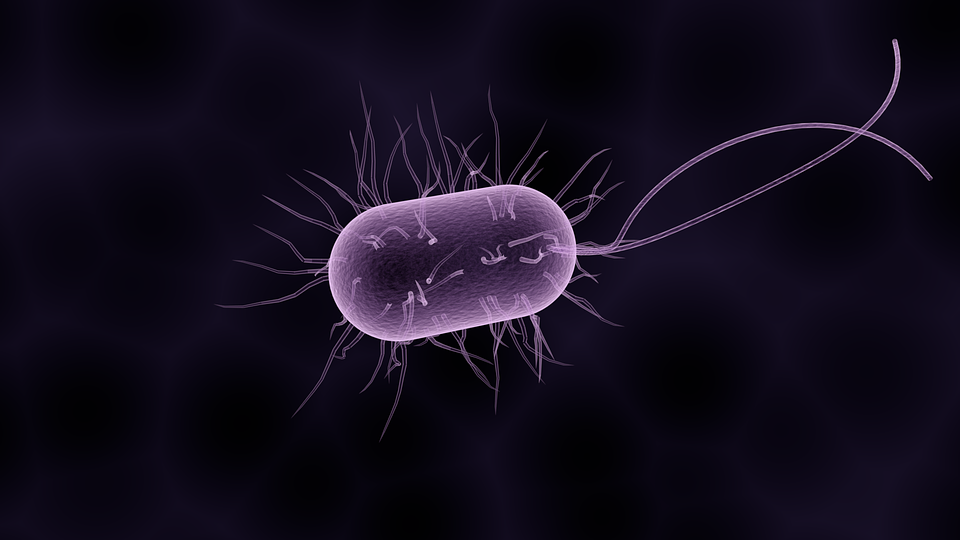 Comprehensively discussing sepsis in the Emergency Department (ED) in a three-page blog is quite frankly, impossible. You would be hard-pressed to find a disease process that has undergone such dramatic change over the past two decades. Through it all, we still do not have a complete grasp of what sepsis even is, and that’s because there is no distinct and reliable way (through blood work, imaging, or even pathology) to diagnose it [1]. So, in this blog post, we hope to provide you with some pearls and recommendations as you care for patients in the ED with this deadly disease. We have broken it down into two major sections: 1) Detection, Diagnosis, and Disposition of Sepsis; and 2) Management of Sepsis.

Detection, Diagnosis, and Disposition of Patients with Suspected Sepsis

Since the early 1990s, “sepsis” was diagnosed by the presence of two or more of the Systemic Inflammatory Response Syndrome (SIRS) criteria in patients with suspected infection [2]. In this way, “sepsis” was seen as infection resulting in systemic inflammation. “Severe sepsis” was sepsis with evidence of organ dysfunction, while “septic shock” was defined as severe sepsis with persistent hypotension, following adequate fluid resuscitation. These definitions became clinically pervasive, and informed the development of various treatment-based protocols for patients with suspected infection. Timely initiation of these “sepsis protocols” have translated into improved survived in ED patients with infection [3]. 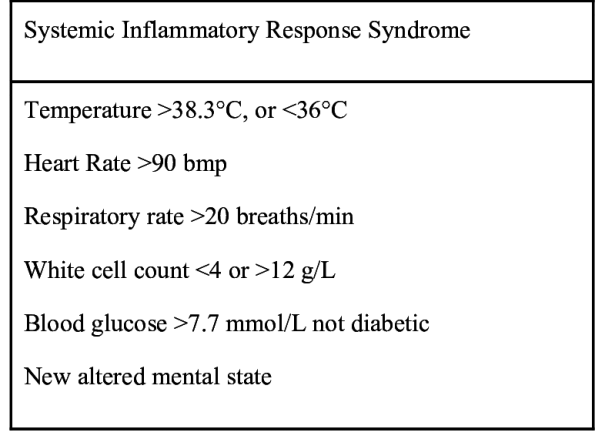 Unfortunately, the SIRS-based definition for sepsis was not without its problems. Existing evidence shows that the criteria were present in many patients due to an etiology other than infection [4], and utilization of SIRS criteria resulted in wide variation in the reported incidence and mortality rates of sepsis worldwide [5]. Additionally, growing understanding of the pathophysiology of sepsis demonstrated that it was not simply systemic inflammation that led to pathology, but also involvement of a multitude of molecular players [6, 7]. Finally, more recent evidence from a large database study of patients with severe sepsis (based upon infection and organ failure) admitted to the Intensive Care Unit (ICU) found that 1 out of every 8 patients did not meet SIRS criteria, and more than two SIRS criteria was not associated with an increased risk of mortality [8].

Given these perceived shortcomings, the Third Annual Consensus Definitions for Sepsis and Septic Shock (Sepsis-3) removed the SIRS criteria from the definition of sepsis [9-11] and instead defined sepsis as “Life-threatening organ dysfunction caused by a dysregulated host response to infection.” This definition was more closely in line with the previously defined “severe sepsis” – infection + evidence of organ dysfunction.

According to Sepsis-3, to diagnose a patient with sepsis required an acute increase in the Sepsis-related Organ Failure Assessment (SOFA) score of 2 or more [9, 10]. The SOFA score is an illness severity score that has been used for decades in the critically ill [12, 13]. The problem is, particularly in the ED, all the components of the SOFA score are not always readily available, as it requires laboratory measures that are not often immediately obtained (such as the PaO2/FiO2 ratio).

To avoid the delay in acquiring these SOFA components, the Sepsis-3 investigators proposed the quick SOFA (qSOFA) criteria, with two or more of the criteria being indicative of increased risk of mortality in the patient with infection [10].

Importantly, qSOFA was not meant to replace the SIRS criteria as a screening test for possible sepsis [14], and the early studies comparing qSOFA and SIRS in patients with infection have found that qSOFA has much lower sensitivity for predicting those who will die, particularly in the ED [15]. Therefore, ED clinicians should continue to use the SIRS criteria, along with bedside clinical evaluation, to screen for patients with possible complicated infection, or to identify patients at high risk of deterioration or death.

Finally, the Sepsis-3 investigators identified new clinical criteria for the diagnosis of “septic shock” – a subset of patients with particularly high risk of mortality. These are patients with sepsis (by SOFA criteria), requiring vasopressors to maintain a MAP > 65 mmHg, along with a serum lactate > 2.0 mmol/L, following “adequate fluid resuscitation” [11]. Again, these new clinical criteria are not meant to influence decisions related to treatment, but rather prognosticate on death [16]. However, early evidence on the utilization of these criteria in the ED have shown that they miss a significant proportion of patients who ultimately die, and would have been captured by the previous SIRS-based shock criteria [17].

That said, among hospitalized patients, those meeting Sepsis-3 septic shock criteria are at higher risk of death than those meeting SIRS-based criteria for septic shock [18]. In the ED, we often use lactate to risk-stratify our patients with sepsis, as data demonstrates that a lactate > 4.0 mmol/L is highly predictive of mortality in admitted patients with infection [19]. However, while a high lactate level is predictive of a patient who may deteriorate in the short-term, a low lactate level is not sufficiently sensitive to rule out future deterioration [20]. In other words, a high lactate should concern you (especially if there is clinical evidence of shock), but a low lactate should not reassure you.

Management of Sepsis and Septic Shock

This following section is going to provide you with some rapid-fire recommendations on the management of sepsis and septic shock. But there’s no use in re-inventing the wheel, and therefore most of these recommendations are adopted from the Surviving Sepsis Campaign (SSc) guidelines (which Dr. Rochwerg was involved with) [21]. Since most of the best available evidence at the time utilized the SIRS criteria to define “sepsis”, it is important to note that the SSc guidelines still use the “old” (SIRS-based) criteria for sepsis, and NOT the “new” (Sepsis-3) criteria.

Sepsis is often characterized by hypoperfusion, which can result in organ dysfunction. As a result, fluid resuscitation is often required. The SSc guidelines recommend that at least 30mL/kg of IV crystalloid fluid should be provided within the first 3 hours for patients with sepsis or septic shock and evidence of hypoperfusion [21]. This recommendation remains controversial, as some patients may require more, while others may do better with less. It is important to note that the time period of three hours is not supported by significant evidence, and the overall quality of evidence that contributed to this recommendation was low.

The guidelines do indicate that further fluid beyond this should be guided by hemodynamic parameters (heart rate, blood pressure, urine output, and lactate clearance). Patients should be frequently monitored in order to gauge response to fluid treatment. The use of central venous pressure (CVP) for this purpose is no longer recommended [22], but rather dynamic indices (such as passive leg raise) seem to be more indicative of fluid responsiveness (as long as the caveats for measurement are met) [23, 24]. What fluid is best? There is no obvious right answer, but the available evidence favour balanced crystalloids or albumin as compared to alternatives such as normal saline [25]. Several ongoing, multicentre RCTs may provide more evidence to this question in the future [26, 27].

The hallmark of treatment in sepsis is antibiotics. How much time do we have in order to give the antibiotics? Well, that remains a topic of fierce debate [28]. The landmark study by Kumar et al. demonstrated that for every one hour delay to antimicrobial in septic shock, there was an associated 7.6% decrease in survival [29]. In large multicentre, database-driven studies, mortality is significantly associated with delay to antibiotics in the ED [3, 30]. The SSc recommends that broad-spectrum antibiotics should be initiated as soon as possible, and within 1 hour for both sepsis and septic shock [21]. Again, this is controversial, particularly with regard to the time period of 1 hour, which is not supported by robust evidence. Where possible, body fluid cultures should occur first, but only if this doesn’t lead to delays in antibiotic administration.

So you’ve given your patients several litres of fluid, yet they remain hypotensive and with clinical evidence of shock. At this point, it’s worth considering vasoactive medications. The SSc strongly recommends the use of norepinephrine as the first line vasoactive agent in the treatment of septic shock [21]. This recommendation is in keeping with the CAEP Consensus Guidelines on vasopressor use in the ED [31], and is based on strong evidence from RCTs and meta-analyses [32-35]. Importantly, vasopressors should be titrated to an end-point reflecting perfusion. The recommended second-line agents are either vasopressin or epinephrine [21], but there is no strong evidence to guide us on this.

Ah, steroids in sepsis and septic shock. Is there a more hot-button issue in sepsis management right now? The existing meta-analyses examining low-dose steroids in septic shock have produced contradictory results [36, 37]. More recently, the HYPRESS trial found that hydrocortisone therapy in patients with sepsis did not reduce the incidence of septic shock [38].

For their part, the SSc guidelines suggest against the use of IV hydrocortisone to treat septic shock patients if adequate fluid resuscitation and vasopressor therapy are capable of restoring hemodynamic stability [21]. However, this issue was re-ignited this year with the publication of two large multicentre RCTs: ADRENAL and APROCCHSS [39, 40]. Both of these studies again demonstrated contrasting results. Dr. Rochwerg and colleagues (including the investigators from both ADRENAL and APROCCHSS) recently published a meta-analysis of 42 RCTs, suggesting that steroids may provide a marginal benefit in improving survival, though may result in increased risk of hypernatremia and neuromuscular weakness [41].

We hope that the preceding sections provided you with some further understanding of the existing evidence on the diagnosis and management of sepsis and septic shock. For a far more comprehensive overview, please refer to the SSc guidelines [21]. Sepsis is such an intriguing syndrome precisely because it is so complex, and therefore definitions and recommendations are constantly changing. For this reason, staying engaged with the literature is necessary in order to provide the very best care to your patients.