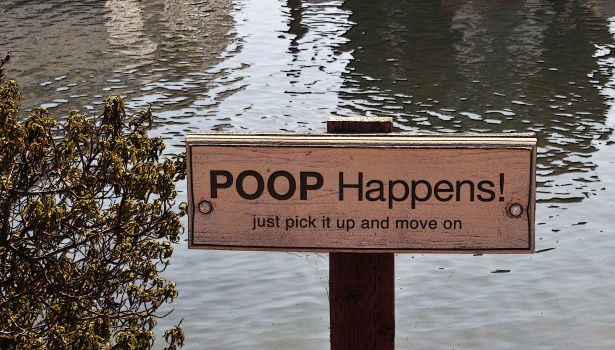 Imagine you are working overnight in your local emergency department (ED), your next patient to see is a 52 year old man, with a chief complaint of “Ostomy Issues”. You stare blankly at the screen as you try to remember the basics of an ostomy. What’s normal for an ostomy anyways? You’re pretty sure this wasn’t covered during medical school. Should you just call the general surgeon for help now? If only there was a resource that covered common ED ostomy presentations and outlined how to manage them.

An ostomy is an anastomosis between the gastrointestinal tract (GI) and the abdomen, with the goal of diverting GI contents into an ostomy bag. Ostomies can be divided based on the location; the part of the GI tract involved in the anastomosis, and the type.

The most common ostomy locations are the small bowel, ileum (ileostomy), and the large bowel colon (colostomy). However, an ostomy can be made from any part of the GI tract.

So how do you tell these apart?

Ostomies can also be differentiated based on the type; Loop, End, and Reservoir Ostomy.

This is the presentation we are likely most comfortable managing. The main complications to rule out are bowel obstruction and ileus. Patients present very similarly to a bowel obstruction – abdominal pain, vomiting, decreased fecal output, and lack of flatus. The key points to elicit on history are the patient’s typical fecal output and gas production, and the current difference from their baseline. Within the first few months of creation, ostomy outputs can vary drastically based on diet and water intake – so this can be challenging in the post-operative state.

During the abdominal exam, it is important to feel the ostomy bag (wearing gloves is probably a good idea). Often times, you can feel trapped air, which can reveal whether the patient has been passing flatus. Next, remove the ostomy bag and test the patency of the ostomy by gently placing a finger into the stoma. This is an important part of the exam and is the equivalent of the digital rectal exam. Palpating internally in the stoma will allow you to feel for any stenosis or obstruction.

If you are concerned about a bowel obstruction, imaging and treatment options are the same. If the obstruction is at the level of the stoma, a Foley catheter can carefully be inserted into the stoma for decompression, in addition to nasogastric tube decompression. General Surgery consultation will be required.

If you have ruled out a bowel obstruction, and the patient has a colostomy, it is possible the patient is simply constipated.

A patient presenting with increased output will have to be assessed primarily for hypovolemia and secondarily for electrolyte imbalances – make sure to get extended electrolytes!

During episodes of increased output that are not secondary to an underlying abscess or infectious source, first line treatment is increasing fibre intake (Metamucil). Other medical options include loperamide, however, it is key to first rule out infectious sources with a stool culture. If using loperamide, start slow and schedule follow up visits to ensure that the patient does not develop an ileus.

In severe cases where outputs are over 3-4 L per day, octreotide can be used. However, if you are considering starting octreotide, the patient likely requires a General Surgery consultation.

If asymptomatic, the patient can follow up with their General Surgeon as an outpatient, as the hernia may require surgical repair due to issues with stoma appliance adherence. Parastomal hernias tend to recur so surgeons typically avoid repair, unless they are symptomatic.

Stomal necrosis is a complication that occurs in the early post-operative period. Venous congestion and arterial insufficiency lead to ischemia of the stoma and cause necrosis. The most important exam to perform the insertion of an anoscope, or a test tube, into the stoma and use a light to visualize the proximal bowel, below the fascia, for necrosis. Proximal bowel necrosis is an indication for immediate revision and will give your consultant a better idea of the urgency of the situation. Necrosis of the stoma, without proximal bowel involvement, may simply be observed by the General Surgeon. 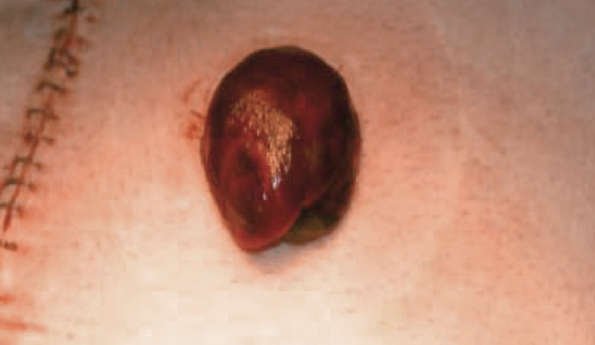 Stenosis of the stoma is a late complication. It is a narrowing of the stoma causing the patient to have difficulty expelling stool. Patients may describe their fecal contents as “ribbon-like stools”. The physical exam of the stoma is crucial. By palpating within the stoma, to the level of the fascia, you will be able to get important information regarding the degree of stenosis.

Mild stenosis can be managed conservatively with dietary changes and decrease in fibre. In contrast, stenosis that causes severe symptoms, such as pain and explosive outputs, may require surgical correction.

There may be a role to temporarily dilate the stoma by placing a soft tipped 36 Fr Foley catheter into the stoma. However, this should be done only after consulting General Surgery, as there is a risk of perforation with Foley insertion into a stoma. Do not inflate the Foley balloon – this increases the risk of perforation and necrosis of the bowel.

Stomas can certainly bleed. The most common cause of stomal bleeding is lacerations from trauma. These lacerations can usually be treated with direct pressure. They may sometimes require cauterization with silver nitrate or placement of a suture.

Importantly, it can be difficult to differentiate whether the bleeding is directly from the stoma or from the GI tract. This is a crucial junction that can be challenging. Rely on your history and physical exam. Most bleeding originating from the stoma will have a visible bleeding vessel – meaning they will be exposed, and not proximal in the stoma. If you don’t see a bleeding vessel, treat the patient as though they are having a GI bleed.

A prolapsed stoma involves the telescoping of the intestine from the stoma – similar to a hernia. If left unmanaged, it can become edematous and result in incarceration or strangulation.

Management involves the application of an osmotic agent, such as sugar, to reduce the edema, and/or a cool compress. This is followed by manual reduction beginning at the tip, attempting to telescope the bowel back inside. If it is found to be incarcerated, or there are ischemic changes present, General Surgery consultation is required.