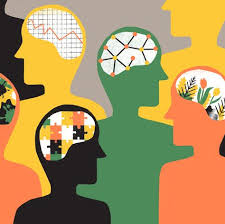 Borderline Personality Disorder (BPD) is a personality disorder that describes the emotional dysregulation, impulsivity, recurrent self-harm and suicidal behaviour experienced by many individuals. People suffering from this personality disorder frequently live chaotic lives characterized by extreme stress, interpersonal conflict and maladaptive behaviours – leading them to frequent emergency department visits. BPD prevalence varies between 1.6  to 5.9% of the general population, up to 6% of the patients seen in primary care may have BPD 1. 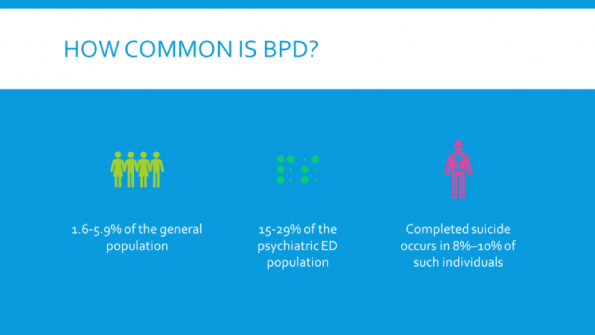 “A pervasive pattern of instability of interpersonal relationships, self-image and affects, and marked impulsivity, beginning by early adulthood and present in a variety of contexts, as indicated by five (or more) of the following”

The aetiology of BPD is thought to be a combination of genetic predisposition coupled with:

Up to 10% of patients with BPD commit suicide. As of 2017, Suicide is the 9th leading cause of death overall in Canada.

BPD in the Emergency Department 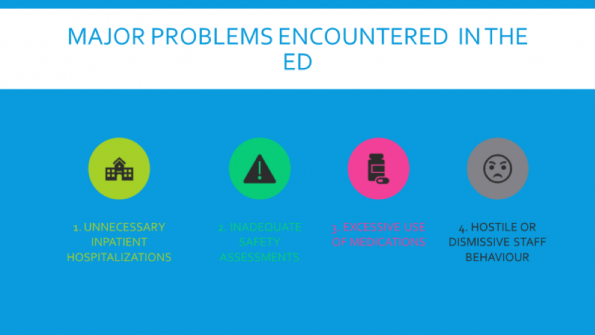 Let’s look at a case:

A 19 year old female became intoxication at a house party and was left by the friends who accompanied her. She recently moved from out of province to Ottawa to distance herself from family. She returns to her apartment and calls her ex-boyfriend and threatens to kill herself. She starts cutting herself and states that she will throw herself off her balcony or jump in front of a car.

The ex-boyfriend, worried, notifies the police who ultimately accompany her to your emergency department. Following your encounter with this patient, you present the case to your staff who advises you that this patient must immediately be placed on a Form 1 and requires admission to psychiatry. 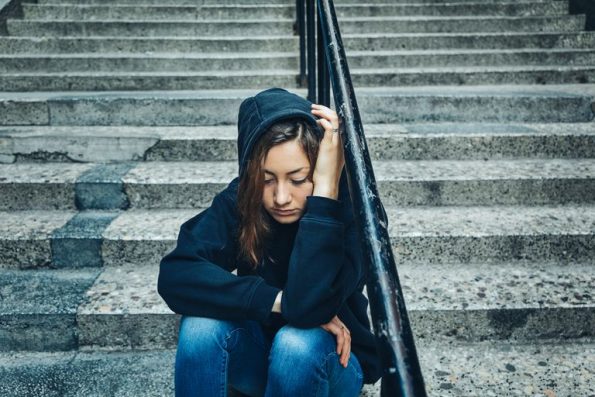 Stay tuned for Borderline Personality Disorder – Part 2. We will take a deeper dive into the suicidal risk of patients with BPD, management in the emergency department and useful resources.