ROTEM in Trauma: Blood is thicker with Wine – Part 1 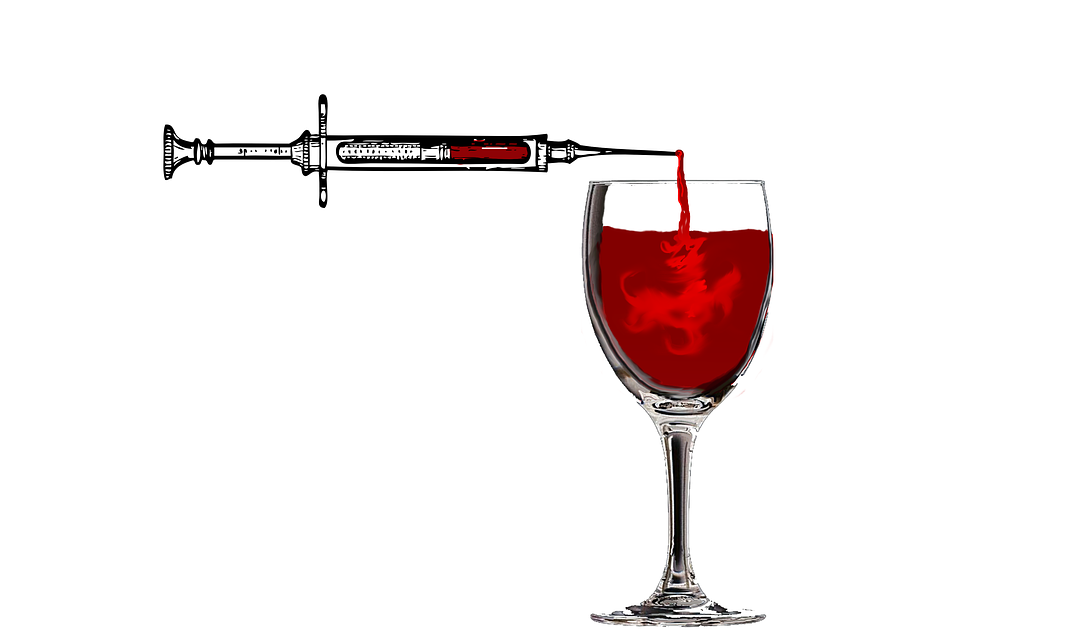 In this post, we’ll discuss viscoelastic hemostatic assays (VHAs), namely ROTEM (Rotational Thromboelastometry), and how we can use this tool to enhance the care of traumatically injured patients. This is the first in a two-part series. This part reviews the Evidence for VHAs in Trauma, while Part 2, found here, reviews the practical aspects of using ROTEM in trauma.

Hemorrhage remains the leading cause of preventable death from trauma. What if I told you there was a test that reduced transfusion requirement through goal-directed care, is already used at multiple Canadian, US, and European trauma centers, and has possible mortality benefit in bleeding patients? 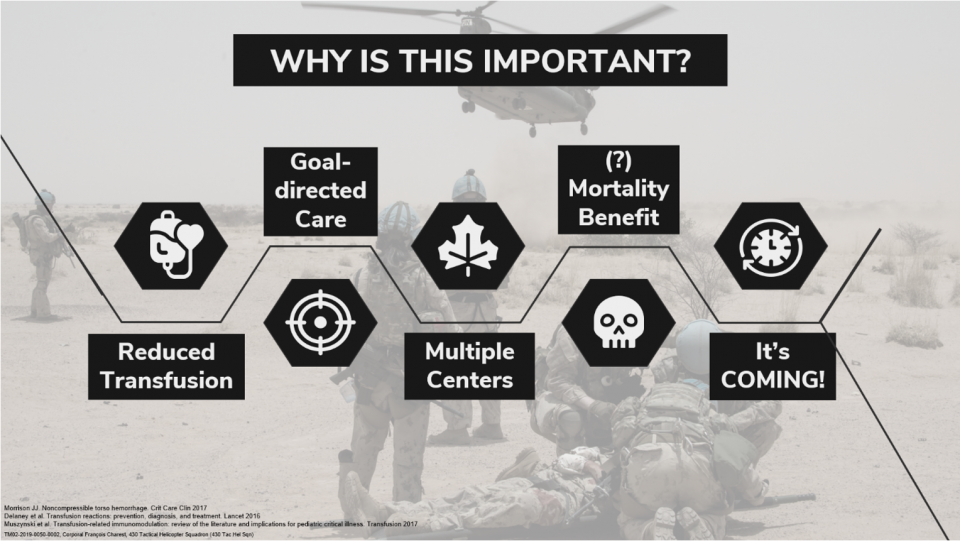 ROTEM (rotational thromboelastometry) provides goal-directed transfusions for individual patients during damage control and hemostatic resuscitation, adding timely laboratory data to our clinical impression. In Canada, more and more centres are adopting ROTEM for the resuscitation of critically ill bleeding patients. In the US, TEG (thromboelastography) and ROTEM have been used for many years to guide massive transfusion. In Europe, it is standard of care to use VHAs (viscoelastic hemostatic assays; i.e. ROTEM or TEG) to guide trauma resuscitations.

For the purpose of this post we will focus on ROTEM as this is predominantly used in Canada. Information on TEG can be found from multiple other FOAM sources (found below).

This post will frame the discussion around ROTEM by answering 4 questions:

Before we get into the meat of the post: if this test is so great and everybody’s using it already… what do the guidelines say?

Background: What do we do right now?

A brief review of the clotting cascade (…I know, I’m sorry): the goal and end result is a platelet plug reinforced by cross-linked fibrin chains. 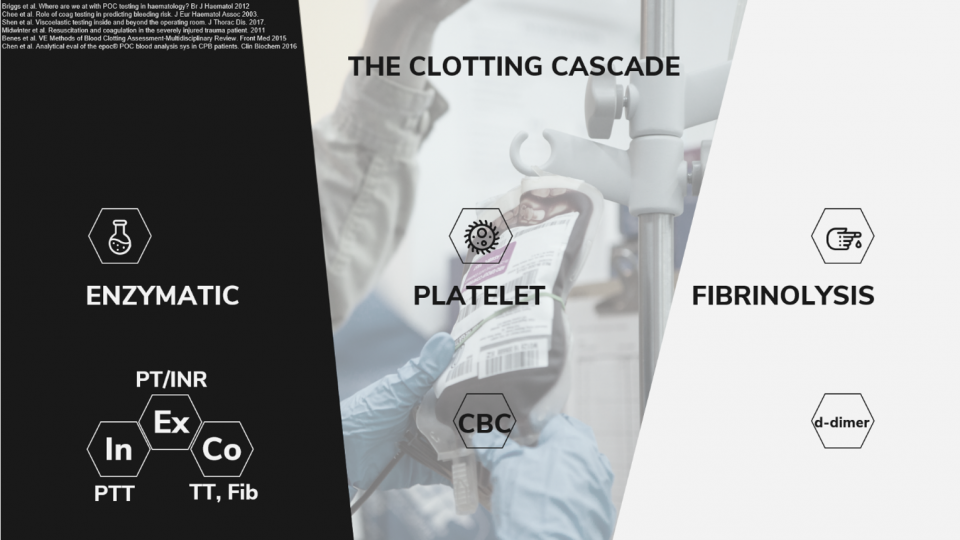 The clotting cascade can be “measured” by standard lab tests (SLTs):

The issues with SLTs are:

Balanced 1:1:1 transfusion strategies have been found to improve mortality in this population but given the unique nature of each patient’s coagulopathy, is this one-size-fits-all approach appropriate for everyone? Is Balanced transfusion enough? 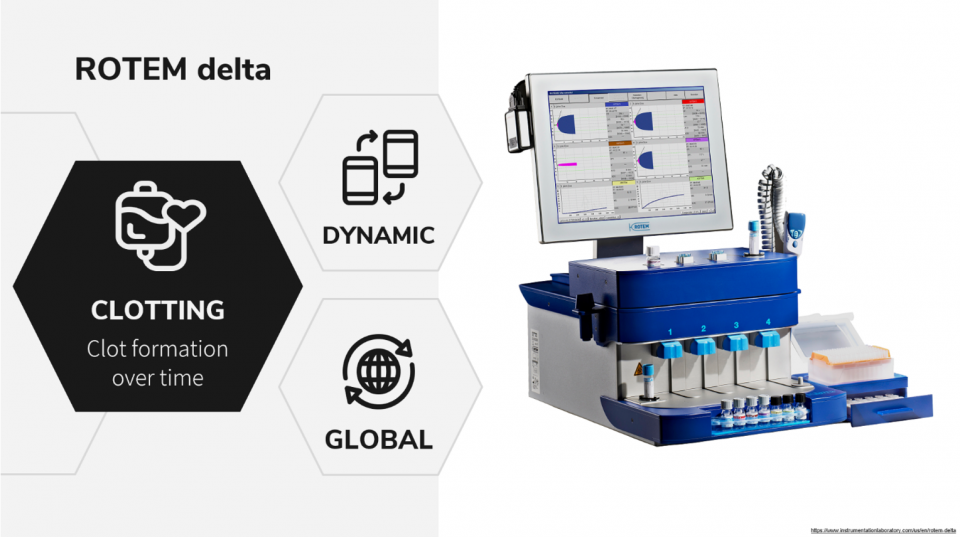 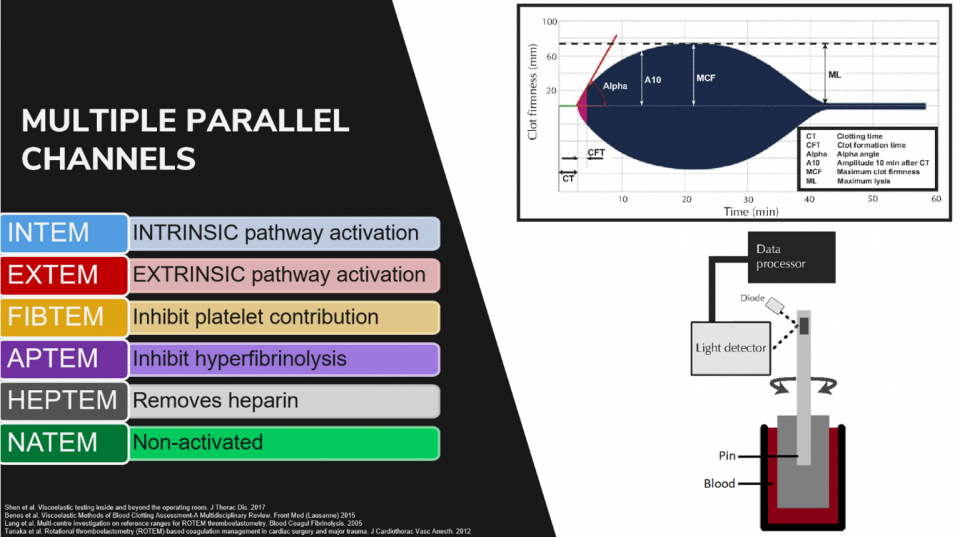 What are the Advantages of ROTEM? 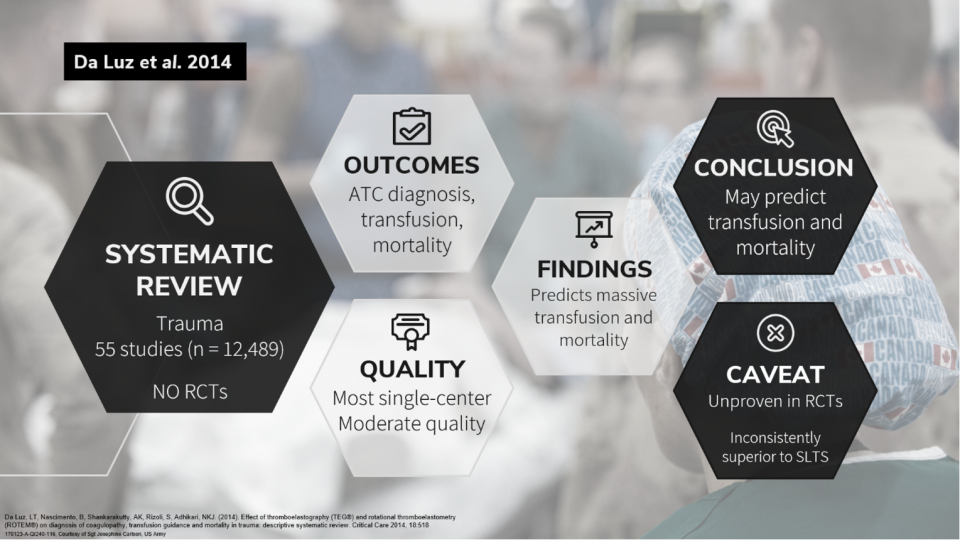 In terms of conservation of blood products – which is important from a resource stewardship, cost, and safety standpoint – there are two meta analyses and one systematic review.

There is also a 2016 Cochrane review which we will talk about below, but this also found decreased transfusion requirements with VHAs, concluding there is growing evidence to support conservation of blood products.

All in all, there is low quality, mostly cardiac surgery evidence that VHA-guided MTPs reduce transfusion and decreased bleeding.

There are two Cochrane reviews, a meta-analysis that we just went over by Wikkelsø et al., and a Haematology guideline that suggest mortality benefit. 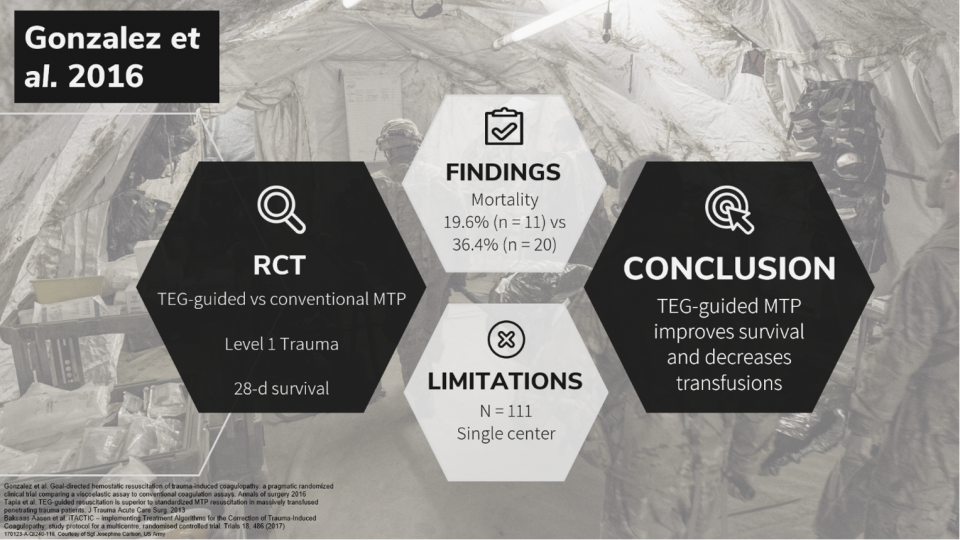 Several studies are emerging and underway looking into the question of mortality benefit. One that wasn’t included in the Cochrane review was that of Gonzalez et al. from 2016.