ROTEM in Trauma: Blood is thicker with Wine – Part 2 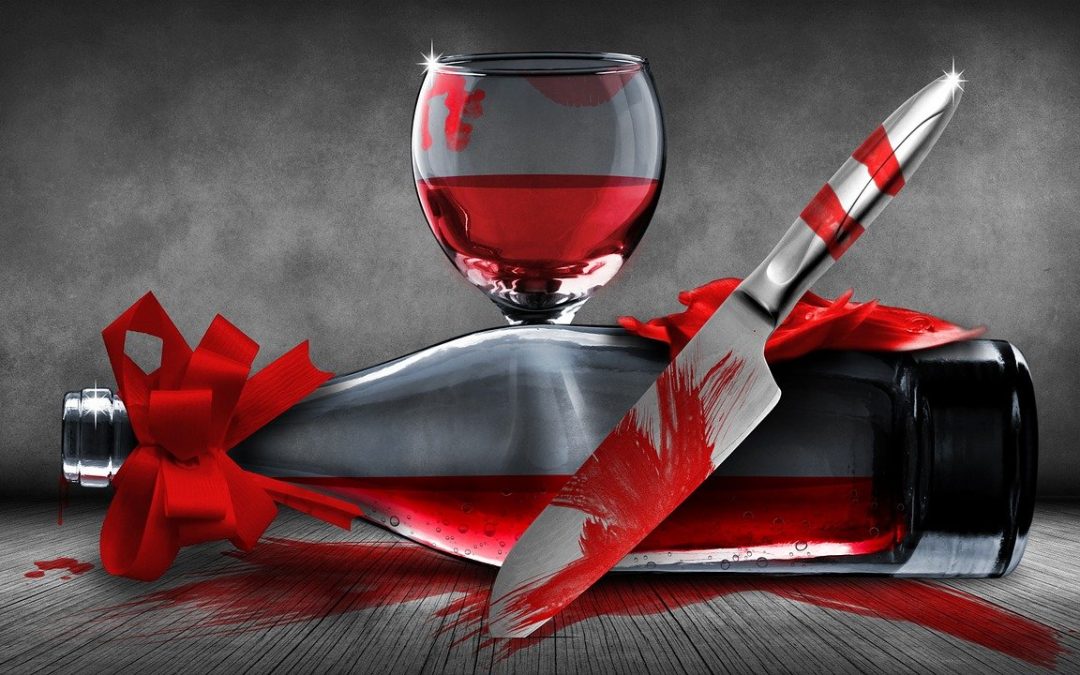 In Part 2 of ROTEM for Trauma: Blood is Thicker with Wine – we will review the approach to interpreting ROTEM and how it can guide massive transfusion in the injured and bleeding patient. We will also touch on the practical considerations for starting a ROTEM program at your centre. To review the evidence for ROTEM in trauma, please see Part 1, which can be found here. 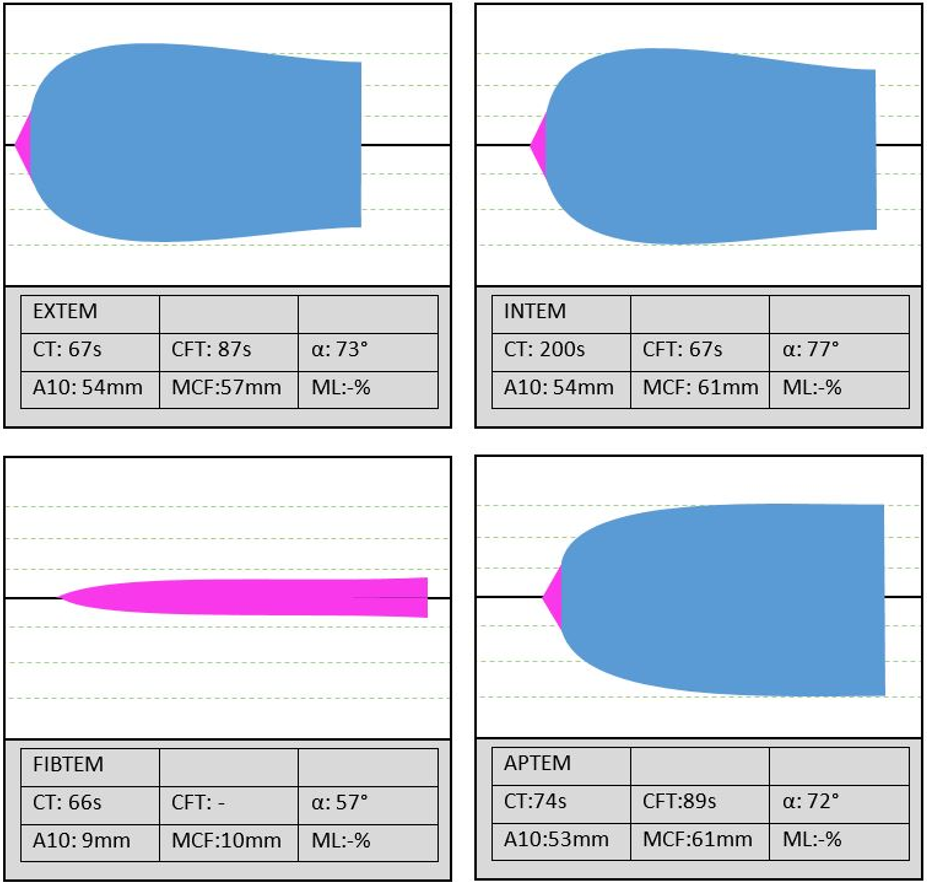 This is a normal ROTEM output. For the purposes of acute bleeding in trauma, we focus on EXTEM and use FIBTEM as required. 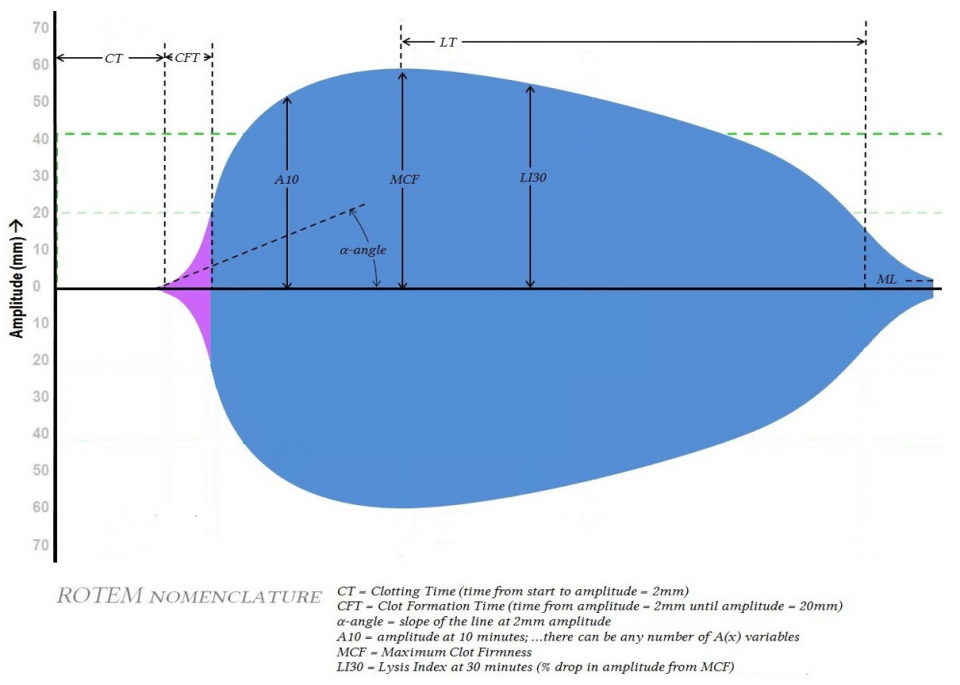 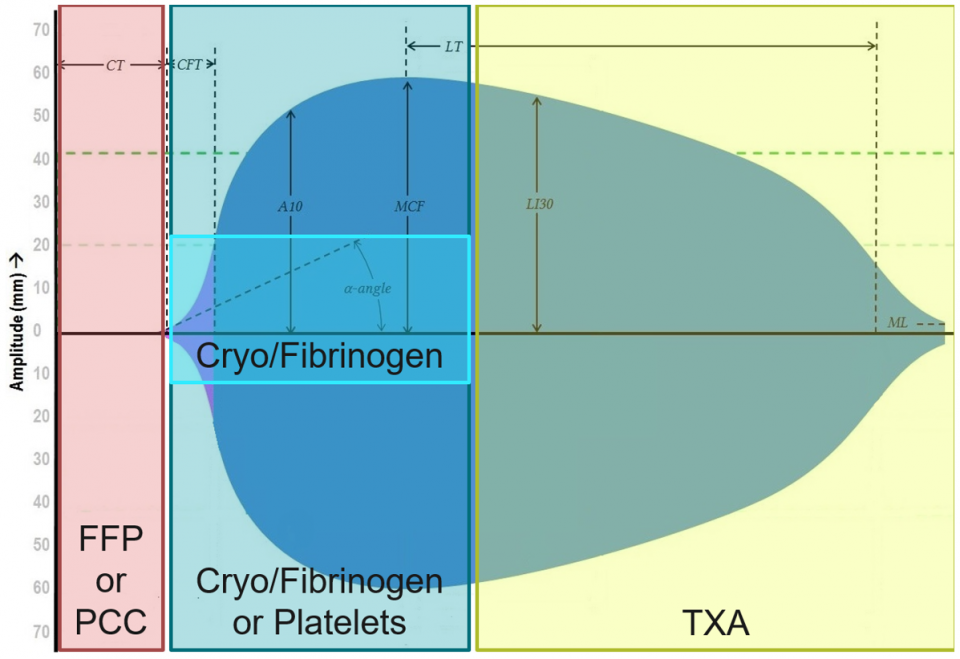 The approach below was originally posted by EMRA and is focused on 3 simple questions: (1) how fast, (2) how strong, and (3) for how long? 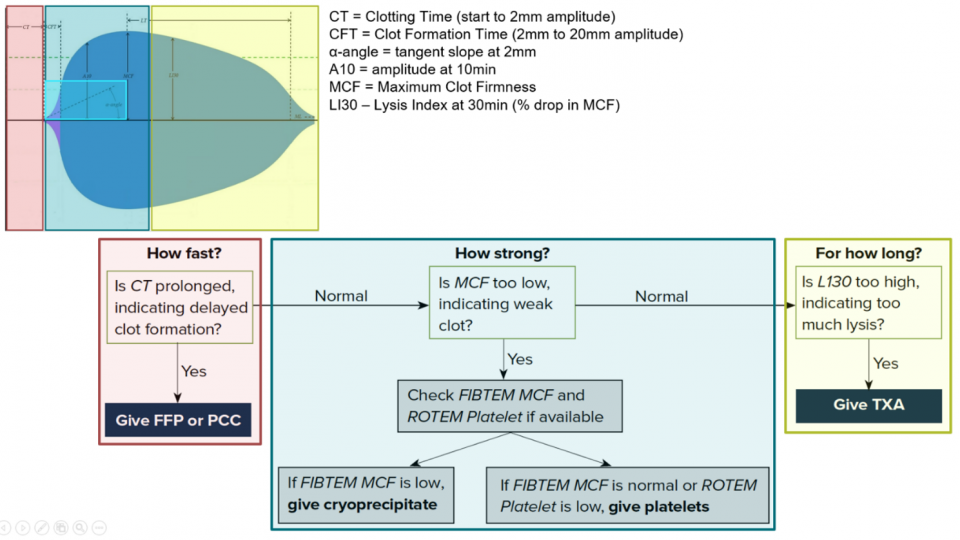 Let’s look at the approach in tabular format: 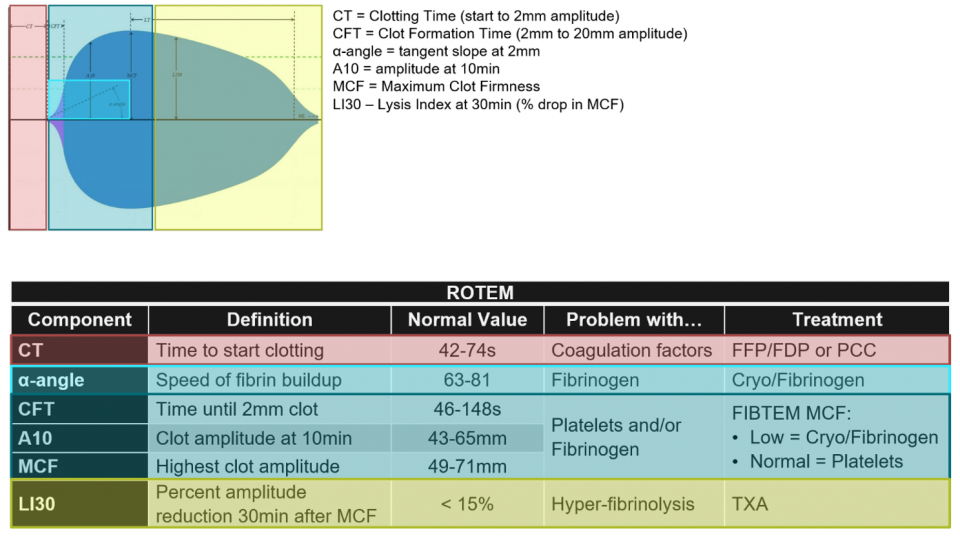 That brings us to likely the most famous of interpretation techniques – the comparison of ROTEM/TEG outputs to drinking glasses: 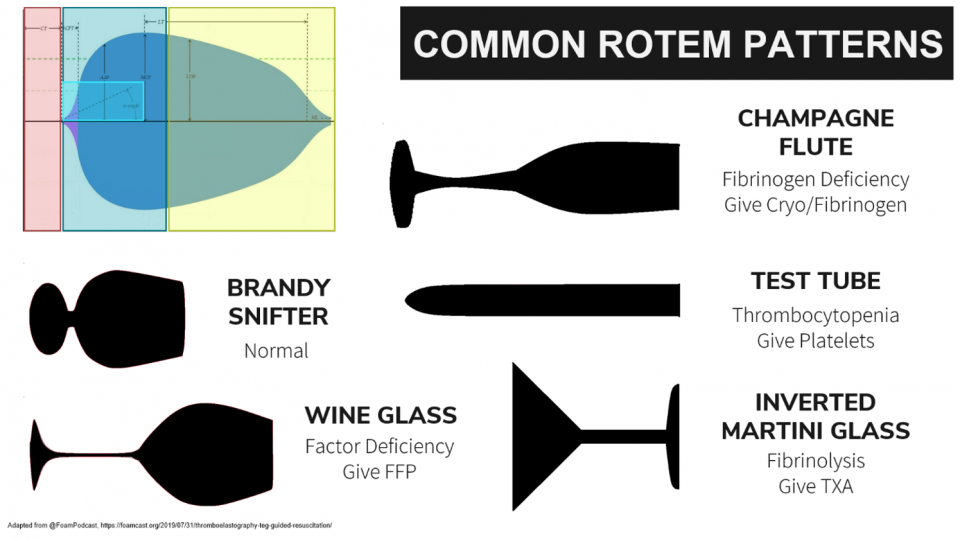 Below is a Canadian transfusion algorithm currently in use based on ROTEM: 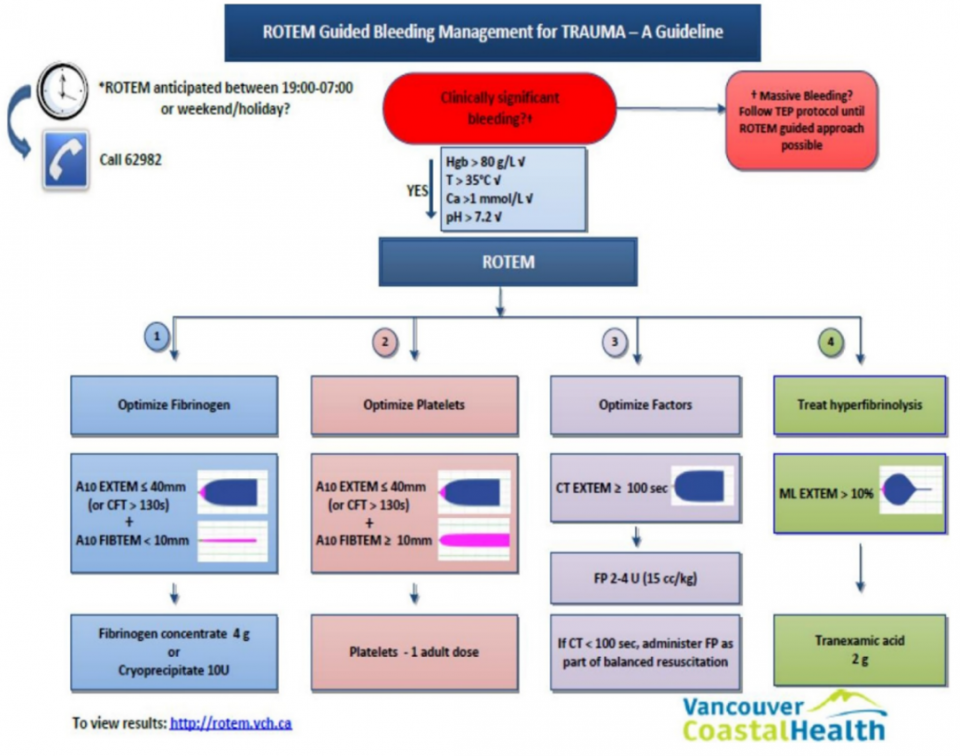 The Implementation of ROTEM 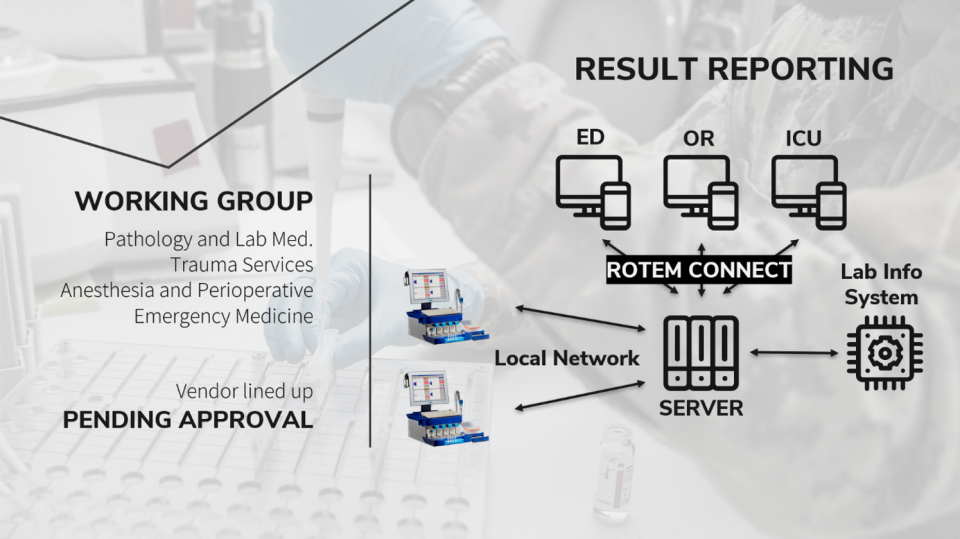 The Main Barrier to Implementation: Cost