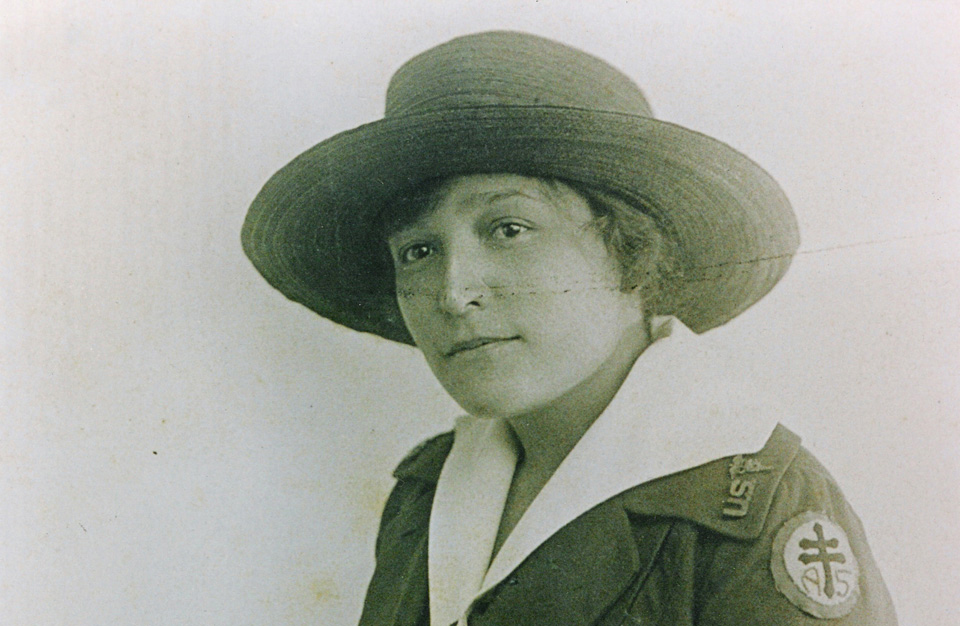 Edith Monture (nee Anderson) was born on April 10, 1890 on the Six Nations Reserve (near Brantford, Ontario), a member of the Mohawk tribe. She grew up on reserve as the youngest of eight children. Unlike many Indigenous children of her day, she received a complete primary education, having attended elementary school on her reserve, and going to Brantford Collegiate Institute for high school (where, she would undoubtedly be pleased to know, as of fall 2020, the curriculum for Grade 11 English classes focuses on Indigenous content and authors).

Upon graduation from high school, she was determined to become a nurse. However, stipulations in the Indian Act at the time meant that any Indigenous person wishing to pursue higher education was forced into enfranchisement (the right to vote). Given that Indigenous persons at that time did not have the right to vote, the only way to enfranchise them was for them to surrender their First Nations status, which she was, commendably and inspiringly, unwilling to do. Thus, she ventured south to the United States and gained acceptance to the New Rochelle Nursing School in New Rochelle, New York (which closed its doors in 2019). There she excelled in her studies, graduating in 1914 – at the top of her class, no less – and thereby becoming the first Indigenous Registered Nurse in Canada!

After graduating, Edith stayed in New York and worked in various nursing positions in and around New Rochelle. Then, in 1917, the United States joined the allied efforts and entered World War One. Edith promptly volunteered for service with the U.S. Army Nursing Corps and was deployed overseas to serve on the Battlefields of France. Before deploying, Edith returned to Six Nations reserves, where she was presented with a traditional Mohawk ceremonial clothing for burial, as she, like most of the others going overseas at that time, was not expected to make it home alive. While in France, Edith worked in Vittel, France, caring for injured soldiers, including those who were victims of gas attacks. She also served on the battlegrounds themselves, retrieving injured soldiers and transporting them back to field hospitals for treatment.

Edith continued to be a staunch advocate for better Indigenous healthcare, and was subsequently elected as the honorary president of the Ohsweken Red Cross.

In 1919, Edith married Claybran Monture and they settled on Six Nations reserve, where they would spend the rest of their lives. They had 5 children, one of whom, tragically, died in infancy. Edith spent the rest of her working life providing nursing and midwife care to the residents of the Six Nations reserve. She retired from nursing in 1955. She died, one week short of her 106th birthday, on April 3, 1996. One of her 14 grandchildren, Helen Moss, also became a nurse and was one of the founding members of the Canadian Indigenous Nurses Association.