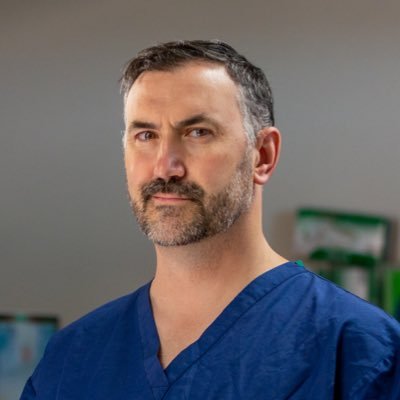 Dr. McVicar went medical school at the University of Manitoba, did his residency at Queen’s University in Kingston, and then went to the U of T for a fellowship in regional anesthesia and pain medicine, eventually making his way to Ottawa and TOH as a staff physician in the department of Anesthesiology and Pain Medicine.

When asked what he has found most difficult about being an Indigenous physician, Dr. McVicar spoke about how imposter syndrome is something that many, if not most, medical students and new doctors struggle with, but that he feels it is worse for Indigenous doctors, and indeed any doctor who is from a visible minority. There is often an unspoken expectation that they need to prove themselves more than do their white counterparts. Additionally, Dr. McVicar feels that support for Indigenous students in medicine is good at the undergraduate level, but that this support for and awareness of Indigenous issues is, broadly speaking, missing at the graduate level, and that improved support for Indigenous learners in residency and fellowship programs is necessary in order to increase Indigenous representation in medicine, particularly in academic centres.

One of the things that Dr. McVicar has struggled most with in his career in medicine is when people don’t necessarily know that he is Indigenous and make inappropriate and/or outright racist comments in his presence. Earlier in his career Dr. McVicar says that he did not always feel that he had the agency to be able to confront or address these kinds of comments, which compounded the stress of these situations. As he has become more established in his career, he feels that he has developed more agency and feels more comfortable directly addressing such comments, but acknowledges that it is very difficult for junior staff or learners to confront those in positions of authority over them and that this is something that needs to change within the culture of medicine as a whole.

A recent publication of his has received national media attention – and has resulted in his schedule being rather full! However, he is not the only member of his family to achieve national prominence: one of his cousins is the 1st Metis citizenship judge in Canada! Dr. McVicar is very involved with advocacy work representing Indigenous people, both in terms of advocacy for Indigenous patients, and advocacy for Indigenous health care practitioners. He is married with two children, and is passionate about passing on his Metis culture to his children.