You deftly sweep the tongue aside, slide into the vallecula, lift the epiglottis, and have a great view of the cords. You smoothly pass the tube, secure it, and walk away – a superstar. Meanwhile your nurses wonder “what now?” as your patient begins to wake up pulls their ET tube out. Your job is not over after intubation – here we will go over how to keep your patients comfortable and safe with appropriate sedation and analgesia. 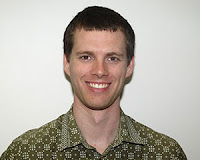