Resuscitation of the Bariatric Trauma Patient 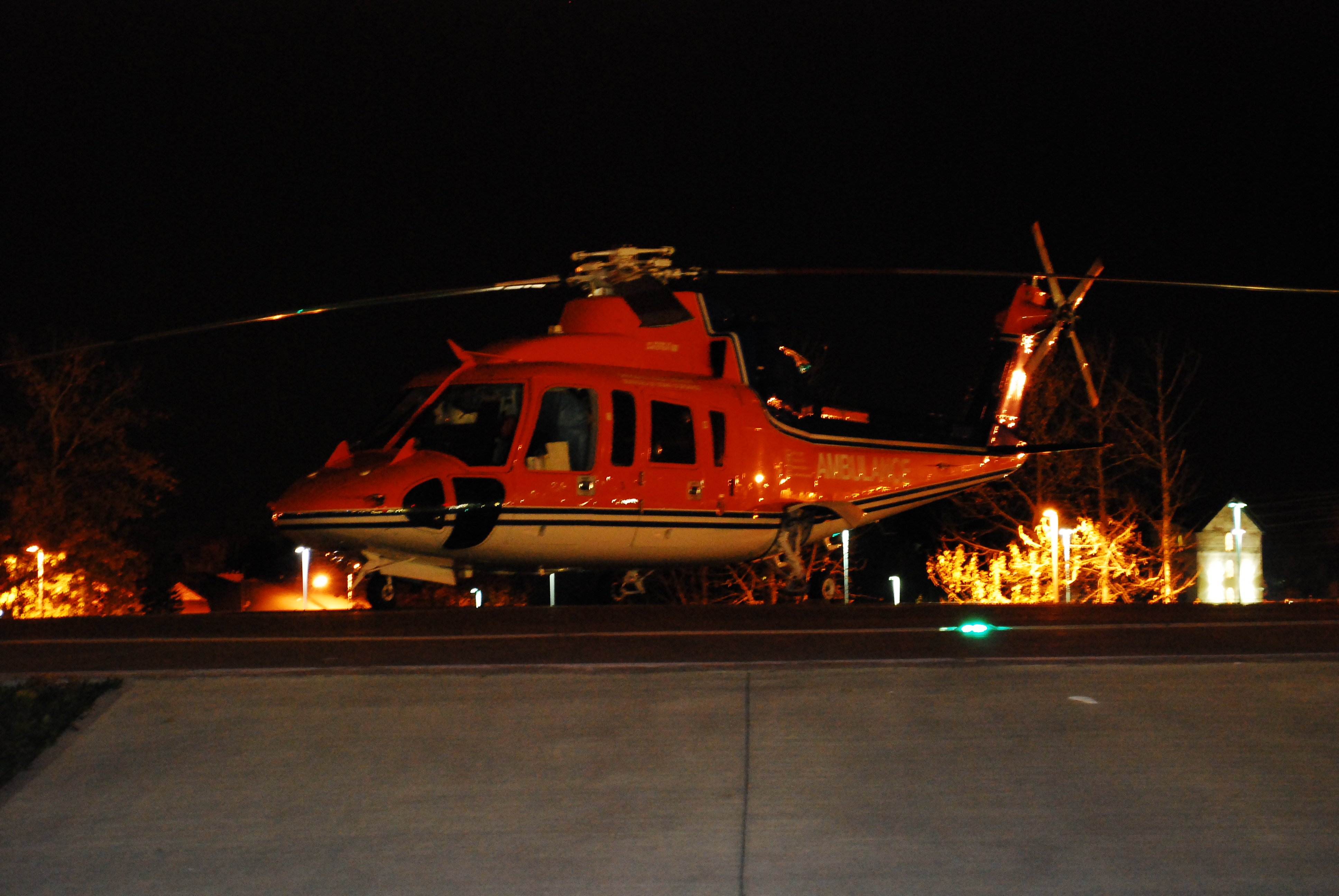 The demographics in Canada are changing, with individuals becoming increasingly more obese. In 2014 over 40% of Canadians self-identified as being overweight or obese and this number is rising. Dr. Brittany Ellis brings us through a review of the differences in anatomy and physiology of the bariatric patient and how we can more effectively resuscitate the trauma patient on our next shift.

How are patterns of injury in the obese different to healthy weight individuals?

Safety restraints in vehicles were designed using a test dummy who is 76.2kg and 173cm tall with a BMI of 25.5. Individuals with obesity have been shown to wear seat belts less, and when they do wear them, they often do so incorrectly. New test dummies have been created with a BMI of 35, however to date there are no research outcomes, nor impact on seatbelt design.

In motor vehicle collisions, individuals with obesity have been shown to have:

Overall, obese individuals tend to have a decreased injury severity index, however continue to have a higher risk of mortality. This raises the question of why, and whether there is anything that can be done in their management and resuscitation that can reduce mortality in this group.

How are people with obesity physiologically different to healthy weight individuals?

Individuals with obesity have increased soft tissue in their pharyngeal walls, uvula, tonsils, pillars, tongue and eryepiglottic folds . They also have a higher incidence of diabetes which leads to joint glycosylation and stiffness, including stiffness of the mandible, cervical spine and atlanto-occipital joints. Despite this, obesity does not specifically predict difficulty in intubation, it does however predict difficulty in bag-mask ventilation.

One should remember to consider typical factors for difficult intubation; increased neck circumference, high Mallampati score and shortened thyromental distance are predictive.  When full airway assessment is not possible, as is often the case in obese trauma patients due to altered level of consciousness and cervical spine collars, obesity may be considered a surrogate of these indicators of difficult intubation.

As expected obesity affects breathing overall including the small airways. Damage is multifactorial, whereby pro-inflammatory adipokines lead to airway remodelling and surfactant dysfunction. Continual collapse and reopening of small airways leads to lasting damage.  Even with weight loss total lung capacity does not return to baseline.

Overall, these patients tend to have a VQ mismatch with a widened aA gradient, as damaged small airways leads to impaired gas exchange. This leads to a baseline hypoxemia, which is primarily compensated for by increasing respiratory rate preferentially to tidal volume. Increasing respiratory rate is more effort – work of breathing is between 30 and 400 % higher in  morbidly obese individuals. As a result of these changes, obese patients have increased oxygen consumption and increased CO2 production.

Increased abdominal and thoracic loading lead to a diminished tidal volume due to poor compliance and impaired diaphragm movement. Overall, on exhalation the chest collapses and the diaphragm remains high resulting in a diminished functional reserve capacity (FRC) which soon approaches the residual volume. As this happens FRC falls so low that it is within closing capacity of the small airways, leading to further airway collapse and VQ mismatch.

Although the vital capacity, total lung capacity (TLC), and FRC may be maintained in mild obesity, they can be reduced by up to 30% in morbidly obese patients and up to 50% in severely obese patients. All of these changes are made worse when the patient is supine.

Airway collapse leads to atelectatic lungs and increase risk of barotrauma due to airway pressures required to open distal airways.

It also means that obese patients cannot tolerate even small insults to their respiratory systems such as effusions, contusions, chest wall injuries and pneumothoraces often seen in trauma patients. Subsequently, these changes lead to a more rapid desaturation during apneic periods, even in the setting of preoxygenation.

The time to apneic desaturation in an obese patient is significantly shorter than an otherwise healthy adult, or even one that is ill. The steep drop in regards to desaturation in the obese occurs at 96-97%, meaning pre-intubation management is exceptionally important. 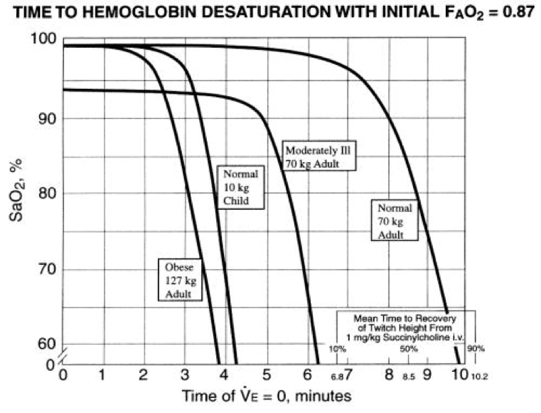 Obese patients have a number of significant differences in their circulatory system. They have a larger circulating volume, which may often predispose them to being under fluid resuscitated. Using a circulating volume estimate of 40-50cc/kg is more accurate for obese populations than the traditional 70cc/kg.

Individuals with obesity also have a number of risk factors for cardiovascular disease which increases their risk of conditions such as atrial fibrillation and heart failure leading to pulmonary edema – all of which are poorly tolerated given their compromised respiratory state at baseline.

The increased intra-abdominal pressure created by their adiposity, much like in pregnancy, can lead to decreased venous return through veno-caval obstruction, and effective hypovolemic shock.

Changes in obese patients have a significant impact, not only on the physiology, but also on assessment and treatment of circulatory issues:

Obese trauma patients have an increased risk of shock. In 2012, Nelson and colleagues performed a retrospective cohort analysis using a single centre trauma database in Europe to assess fluid resuscitation of trauma patients:

In 2013 in Resuscitation, Heffner and colleagues published a retrospective cohort study of emergency intubations performed in a large, urban emergency department. Their aim was to identify risk factors for peri-intubation arrest. They found that obesity was an independent risk factor for perintubation arrest.

Performing and interpreting images in patients with obesity can also be more difficult than health weight individuals:

How can we improve management and resuscitation of obese trauma patients?

LMA is recommended by the Anesthesia Society of America as the primary rescue device – as it is ‘obese resistant”. Outside the OR the LMA was found to have an overall success rate of 91% in the obese, with 98% of obese patients being successfully intubated, and 86% of morbidly obese patients.

Regardless of whether the obese patient is intubated or not, positioning continues to be of utmost importance for maintenance of airway patency and improved ventilation.

Assessment of circulation in the obese can be difficult.

[1] Kim  J, Mort T. (2010). The Role of the LMA in Emergency Airway Management of the Obese Patient Outside of the OR. Anesthesiology Annual Meeting. Abstract.