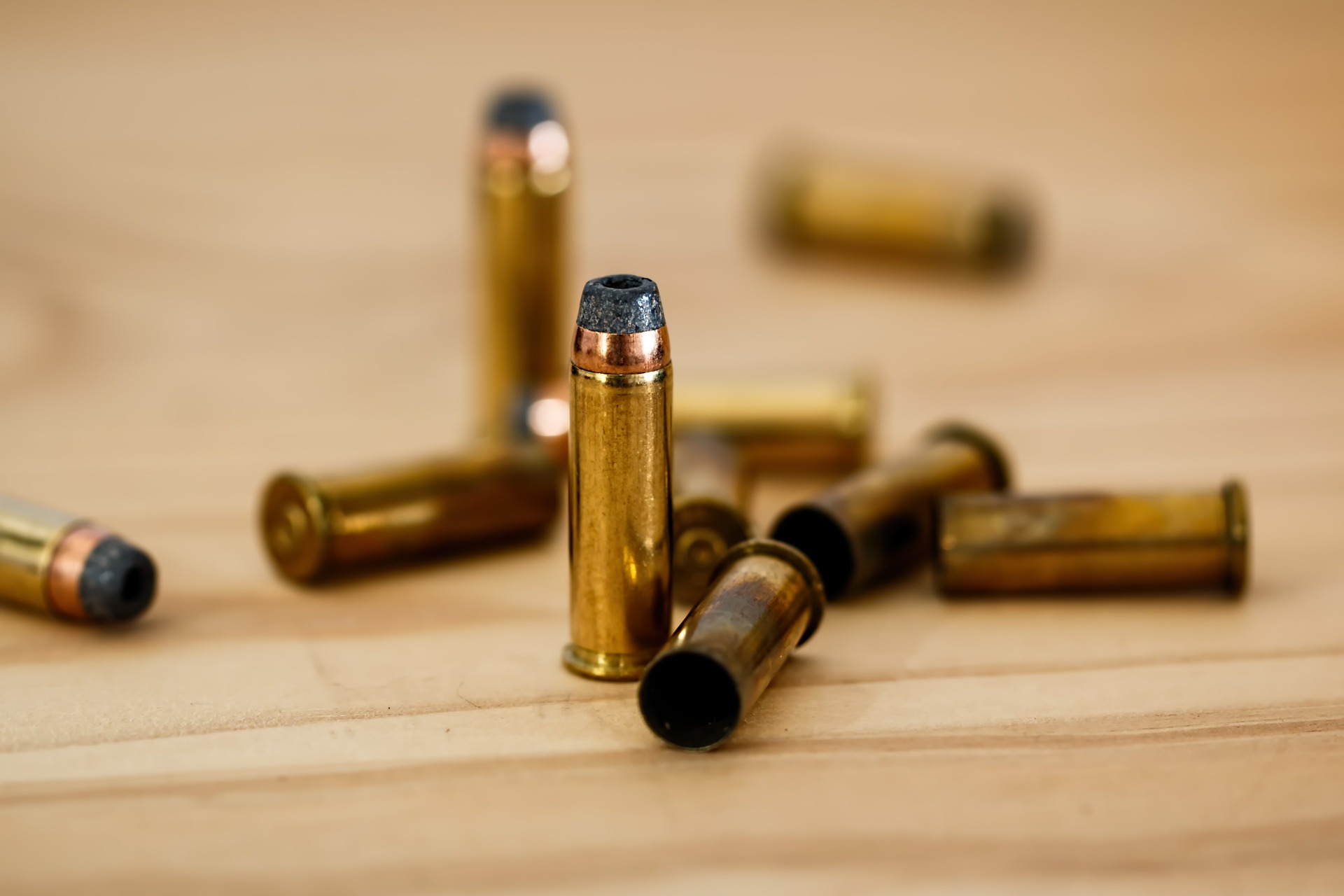 A Code Silver represents the planned response for a person with a weapon within the hospital.

The Ontario Hospital Association has recommended the addition of Code Silver to separate the response of a person who is actively killing from that of a hostage situation (previously both under Code Purple).

A review of hospital-related shootings between 2000-2011 in the United States showed a total of 154 shootings with 235 injured or killed victims (1).

Shootings at Canadian hospitals, while less frequent than our US counterparts, do occur and are becoming more frequent. Examples reported since 2000 are listed below: 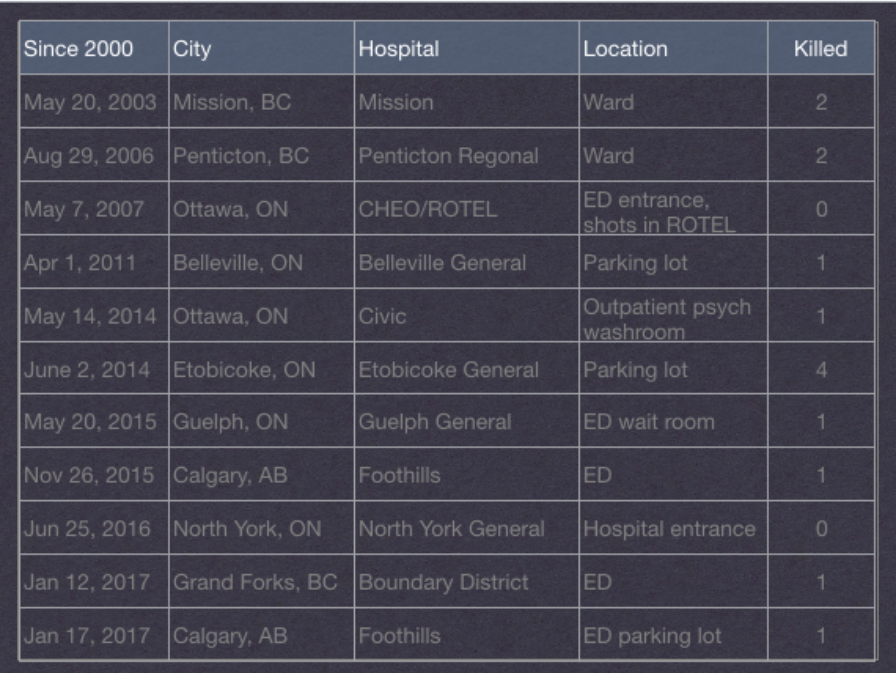 For further information on PTSD in the Emergency Department see our previous post.

If you see a person with a weapon threatening to harm others on hospital grounds, call the Contact Centre to initiate a Code Silver.

If Code Silver is called, the procedure to remember is “Run, Hide, Survive”

The Ottawa Hospital will be implementing a Code Silver training module with in-situ simulations being rolled out in hospital departments.

What about patient care during a Code Silver?

Physicians have a duty to care for their patients, but are not required to put themselves in danger. The duty to care is determined by the actions of a “reasonable person” within those circumstances. (2,3)

In assessing physician legal liability and negligence in duty to care in Canada, there are 4 conditions that would need to be met (4):

Hospitals and health care administrators have a further duty to develop safety procedures to maximize the safety of patients, visitors, front-line physicians, and allied healthcare staff. (5,6)

An active shooter scenario has the potential for devastating consequences and is an example of how up-front investment in planning and safety may have significant benefit should an event occur.