Congenital Cardiac Disease in the ED 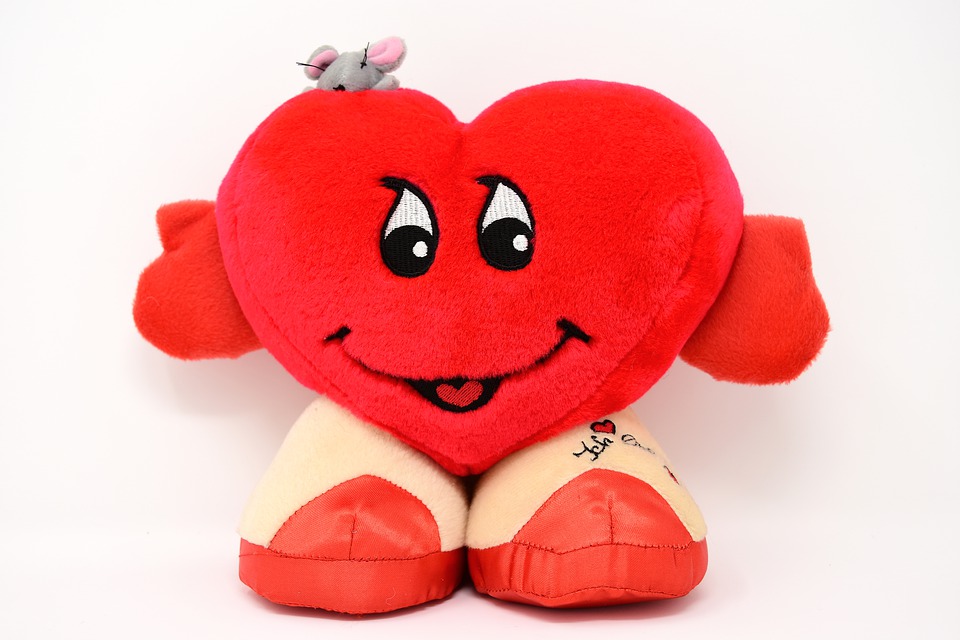 Let’s start off with a case:

Sounds like straight forward, bread-and-butter emergency medicine doesn’t it? That is, until you look at the past medical history:

Ugh. Terrified yet? With novel advancements and surgeries, many children with complicated cardiac physiology are living well into adulthood, and are beginning to present to adult ED’s with complications or complaints related to their underlying disease. There are currently over 1.3 million adults that have survived childhood with significant cardiac defects, and that is expected to grow at a rate of about 5% per year. With the advancement of pediatric cardiac surgery, we are seeing adults with complex cardiac conditions living to be 50-60 years old, and this proportion of adults is increasing exponentially.

What do you need to know?

There are many complex cardiac abnormalities, diseases and surgical corrections. To boil things down simply, the most common procedure done is a Fontan Procedure – which is done in multiple parts over the span of years. A Fontan is done in most children (approximately 90%) who effectively have a single functional ventricle, either secondary to a hypoplastic ventricle, valvular atresia or a congenital syndrome.

Ultimately, the goal of the Fontan procedure is the following: 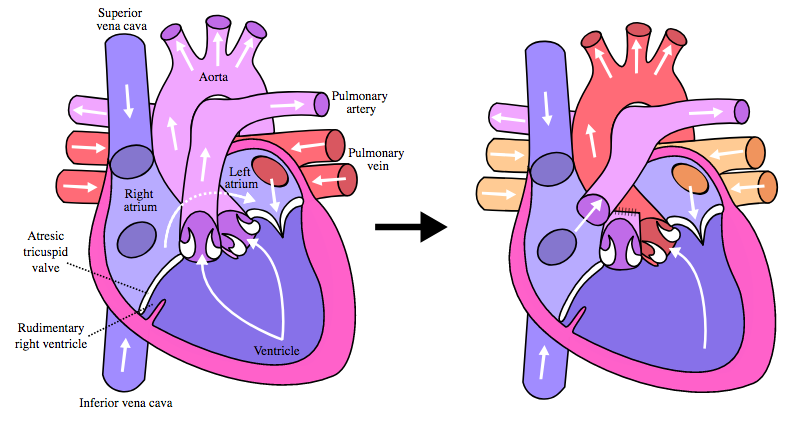 This physiology is important, because in the adult patient who has had a Fontan, this creates a single ventricle that is providing cardiac output for pulmonary and systemic circulation. Ultimately, the right heart is completely bypassed, and there is passive laminar flow from the SVC and IVC into the pulmonary artery.

How will they present to the ED?

Arrhythmia is one of the main complications these patients will run into, as they are highly susceptible to minimal changes in their physiology. The majority of their arrhythmogenicity is supraventricular in nature, but it is not unusual for them to also present with ventricular tachycardia or fibrillation. Usual care is applied to any patient that is clinically unstable, with electrical cardioversion.

The patients that have arrhythmia, but are hemodynamically stable present more of a therapeutic dilemma. With a single ventricle supplying the pulmonic and systemic circulation, any rhythm disturbance can cause significant loss of cardiac output. However, prior to cardioversion, they ideally require a transesophageal echo; as the single ventricle is more susceptible to thrombus formation despite anticoagulation.

As many of these patients may present in atrial fibrillation or atrial flutter, our instinct is often to reach for a beta-blocker or calcium channel blocker, but in this patient population this carries potential risk. It is important to remember that in the AFFIRM and HOT-CAFÉ trials, patients with congenital heart defects were excluded, but with what we know about their physiology, they are ideally suited to be rhythm controlled. Further to this, negative inotropic medications need to be used carefully, as Fontan patients are very dependent upon their contractility to maintain their cardiac output. If necessary, the recommended agent for pharmacologic control remains amiodarone, as we have the greatest experience with this medication, but there is no evidence to support this.

Another potential complication is that these patients are at significantly increased risk of thromboembolic events, and may present in extremis secondary to intracardiac thrombus or PE. The diagnosis of PE may be difficult in these patients, as the conventional spiral CT-PE is often inadequate, due to the patients laminar rather than pulsatile pulmonary flow, so in the patient presenting with concerning features of PE, it is best to empirically treat.

It is important not to forget that these patients ultimately have severe heart failure, and are therefore at risk for respiratory failure secondary to pulmonary edema. At baseline, when physiologically well they behave as a patient with an ejection fraction of approximately 35%. When treating these patients, it is critical to be careful with diuretics as they are very volume dependent, and aggressive diuresis may worsen their cardiac output. Should these patients present in heart failure, I would avoid diuretic therapy unless done in consultation with a congenital heart disease expert.

When these patients are intravascularly depleted they can become very hypotensive, so careful fluid resuscitation is required, ie: 2 L of fluid over 1-2 hours, with vasopressor support as needed. In regards to vasopressors, there is no evidence available, but expert opinion would recommend using Norepinephrine as your primary agent, while avoiding Phenylephrine or cardiac inotropes, due to the potential to cause catastrophic collapse of cardiac output.

At baseline, Fontan patients have diminished cardiac output; therefore, it is not unusual for them to have elements of chronic renal failure – further worsened during exacerbations of heart failure. When fluid overloaded, they will often require slow intermittent dialysis to help resolve their pulmonary edema, so have a low threshold to call your nephrologists for these cases.

Given their complicated anatomy, small changes in cardiorespiratory physiology can result in significant hemodynamic collapse or hypoxia. When supporting most patients with invasive positive pressure support, we are aware of the hemodynamic compromise that this invokes for the patient. It is especially important, however, in those with a single ventricle, as studies have demonstrated that when positive pressure is applied they will decrease their stroke volume, pulmonary blood flow and cardiac output by about 50%. In a patient with such fragile physiology, this alteration in flow may result in catastrophic hemodynamic collapse. When considering BiPAP or intubation in these patients, have your vasopressors ready and be prepared for significant hypotension.

Should you encounter the adult patient with single ventricle physiology, keep these considerations in mind, knowing that their anatomy makes them particularly susceptible to hypoxia and hemodynamic collapse. In the acute setting you need to optimize their cardiac output and minimize their pulmonary vascular resistance. The threshold to workup, image and consult on these patients is significantly lower than in the majority of patients you will see. Most importantly, these patients are usually well connected with your local congenital cardiology clinics, so contact your specialists early in these cases!