Is PoCUS a reliable predictor of outcome during cardiac arrest? 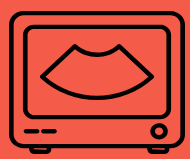 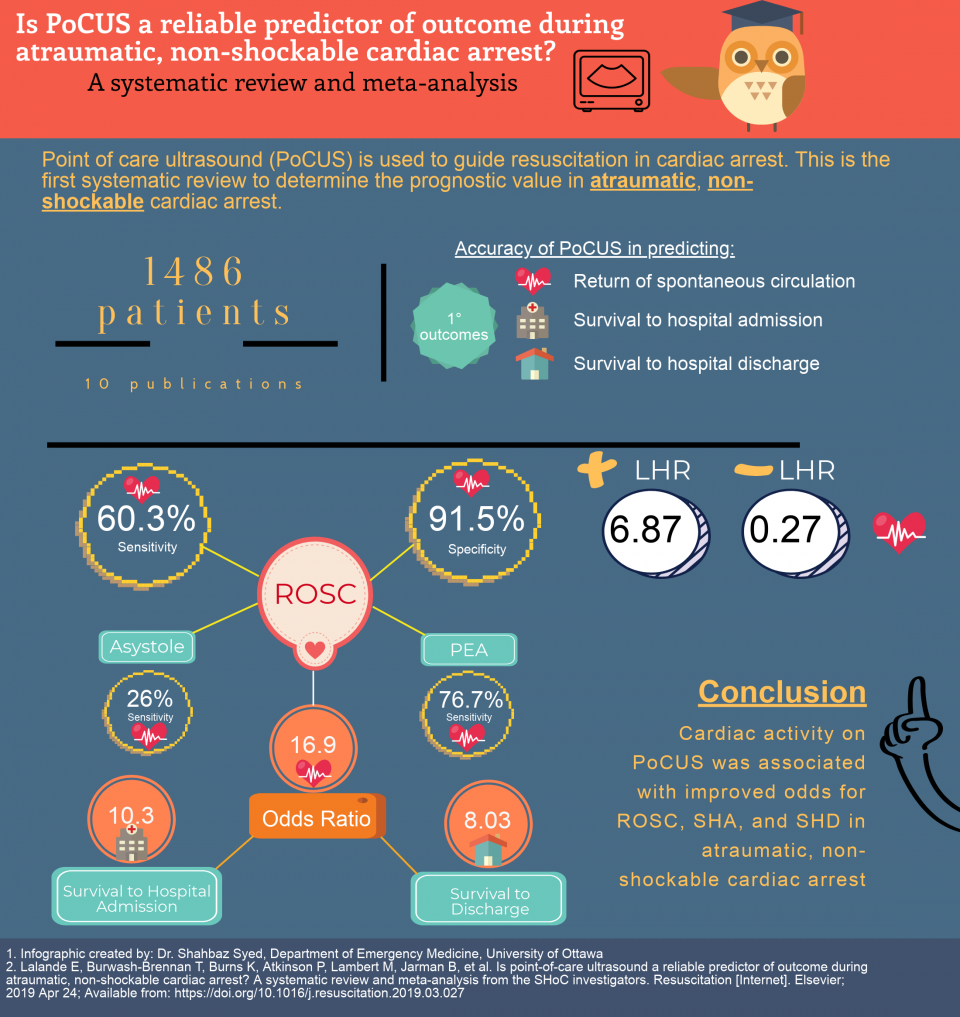 Sudden cardiac arrest represents a significant cause of morbidity and mortality worldwide. Over 356,000 out-of-hospital cardiac arrests (OHCA) occur annually in the United States, with resuscitative efforts extending into the Emergency Department (ED) for many of these patients. Prognosis remains dismal, with death occurring in 92%.

While PoCUS is frequently used to guide resuscitation, the question remains whether it has prognostic value in predicting survival from cardiac arrest. Several studies have suggested that the lack of cardiac motion on PoCUS during cardiac arrest confirms poor prognosis and may indicate appropriate cessation of resuscitation efforts. There are three previous systematic reviews in the literature on this topic, each proposing that an absence of visualized cardiac activity confers a low likelihood that a patient in cardiac arrest will experience return of spontaneous circulation (ROSC). However, each examined heterogeneous populations, limiting the practical application of the findings to individual patients. All of the reviews included patients with traumatic cardiac arrests, which often have widely different etiologies when compared with non-traumatic cardiac arrests and an overall survival rate of only 5.6%. Two of the reviews also analyzed patients who presented in cardiac arrest with shockable rhythms including pulseless VT and VF, which are known to have significantly better survival statistics (27.9%) compared to those in PEA or asystole (4.4%). A systematic review focusing solely on non-traumatic cardiac arrests with non-shockable rhythms does not currently exist in the literature.

The purpose of this full systematic review and meta-analysis was to evaluate PoCUS as a predictor of ROSC, survival to admission (SHA), and survival to hospital discharge (SHD) in adult patients with pulseless PEA and asystole who suffer non-traumatic cardiac arrest in out-of-hospital/pre-hospital or emergency department settings.

We defined a true positive as a patient having cardiac activity visualized on PoCUS evaluation and the outcome of ROSC, SHA or SHD. Cardiac activity was found to have an increased odds ratio of 16.9 and positive likelihood ratio of 6.87 for ROSC. A decreased sensitivity was noted in our study compared with previous reviews. However, those reviews, included studies with traumatic cardiac arrest and/or pulseless ventricular tachycardia or ventricular fibrillation. A variety of definitions of cardiac activity were also found within included studies and the test characteristics demonstrated wide confidence intervals. There was also significant heterogeneity with the included studies.

In adult patients with non-traumatic asystole or PEA, the presence of cardiac activity on PoCUS was associated with improved odds and increased likelihood of ROSC, SHA, and SHD. The absence of cardiac activity on PoCUS was less likely to predict unsuccessful resuscitations. While PoCUS may provide valuable information in the management of non-traumatic PEA or asystole, it should not be viewed as the sole predictor in determining the possibility of a successful or unsuccessful resuscitation effort in these patients.

The original publication may be found here.

Dr. Michael Woo is the Fellowship and Research Program Director for Point-of-care Ultrasonography Emergency Medicine and Associate Professor at the University of Ottawa.

Dr. Elizabeth Lalande is an Emergency Physician, with a fellowship and special interest in point-of-care ultrasound.

Dr. Syed is an staff Emergency physician at the Ottawa Hospital, with an fellowship in Digital Scholarship and special interests in rational resource utilization.