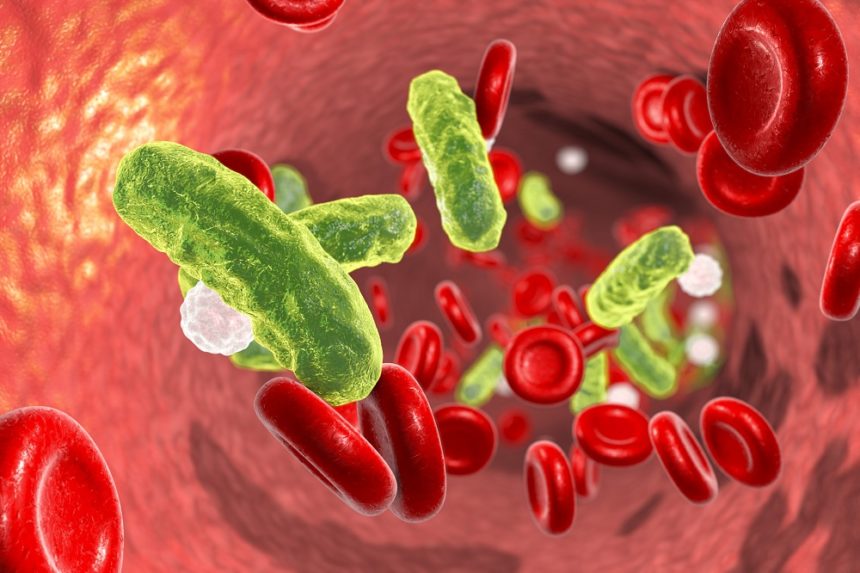 The Surviving Sepsis Guidelines define sepsis as a “life-threatening organ dysfunction caused by a dysregulated host response to an infection”. Septic shock is further defined as sepsis with hypotension (MAP ≤65) and/or lactate ≥2.0 despite adequate fluid resuscitation(1,2).

This definition of septic shock highlights the importance of factoring in both macrocirculatory (blood pressure) and microcirculatory markers (lactate) when treating patients. Current resuscitation targets include a MAP≥65mmHg and normalization of lactate (1,2).

Patients in sepsis are much more complicated than just those two numbers. If our ultimate goal is to improve tissue perfusion, many other markers should be utilized in the care of these patients including:

Blood pressure (BP) has traditionally been used as a tool to guide our resuscitation. However, the goal of maintaining a MAP of 65mmHg is largely based on observational trials. There are some limitations to utilizing an optimal BP as a target for sepsis:

Currently, there is still debate on optimal BP targets.

These two studies highlight that BP is an imperfect measure of perfusion.

Cardiac output is another common macrocirculatory measurement. However, its utility in the ED is limited by a lack of objective numbers. Point of care ultrasound (POCUS) has helped significantly in this regard and can be used as a supplement to assess for gross cardiac output.

The use of microcirculation markers in guiding resuscitation in septic shock has increased in the past decade(5–9). There is evidence that decreased small vessel perfusion leads to unfavourable outcomes:

This highlights the importance of focusing on small vessel perfusion since microcirculation is likely the primary driving force in tissue perfusion. 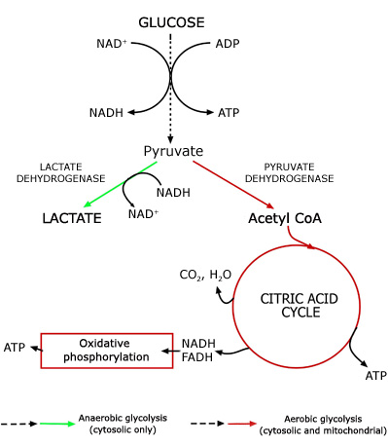 The metabolism of lactate is complex and not completely understood:

Thus, lactate generation is a “necessary evil” to allow glycolysis to continue.

Lactate use for risk stratification in septic shock

Lactate has been shown to help risk-stratify patients with sepsis(11–18):

Surviving Sepsis Campaign (2016) suggests normalizing of lactate as a guidance to resuscitation. This lead to many other studies assessing lactate clearance and kinetics:

Overall, there is a growing body of evidence supporting the target of a normalization of lactate at the 6-hour mark. Surviving sepsis guidelines recommend repeating lactates every 2 – 4 hours. The literature supports repeating lactate measurements q2h targeting a 10 – 20% reduction with the goal of  lactate normalization at 6hrs(1).

Some limitations to this guide to resuscitation include:

Mottling and capillary refill time (CRT) are two tools that can be used to risk stratify and guide resuscitation. Mottling is patchy skin discolouration that reflects blood flow reduction and tissue hypoperfusion – most easily assessed at the knees.

One way to assess mottling is by using the mottling score, developed by Dr. Ait-Oufella(21–23). An increase in the mottling score has been associated with an increased mortality (24,25).  Important limitations to consider include the external temperature of patients and other causes of livedo reticularis. Patients with dark skin were excluded from the mottling score studies as they were more difficult to assess. As such, other markers of skin hypoperfusion should be used for these patients. 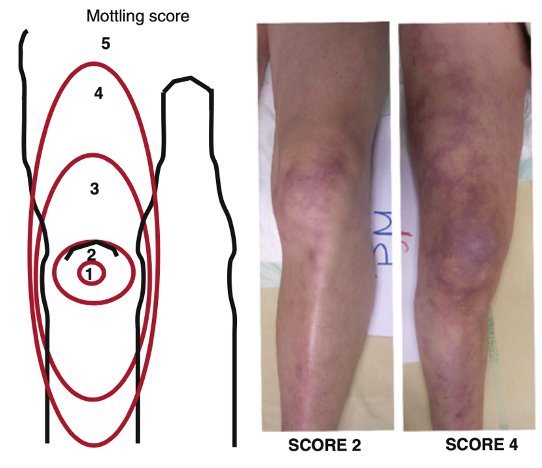 Capillary refill time (CRT) is another tool that has been used to assess tissue hypoperfusion(26–31). Assess CRT by applying pressure to the distal phalanx until it blanches, hold it for 10 seconds then use a stopwatch to record time the time it takes for colour to return.

In this study, patients had their resuscitation targeted to either a normal CRT (≤3 seconds) or improvement of lactate (lactate ≤2mmol or reduction by 20% q2h). They utilized a step-by-step guide to accomplish this as shown below: 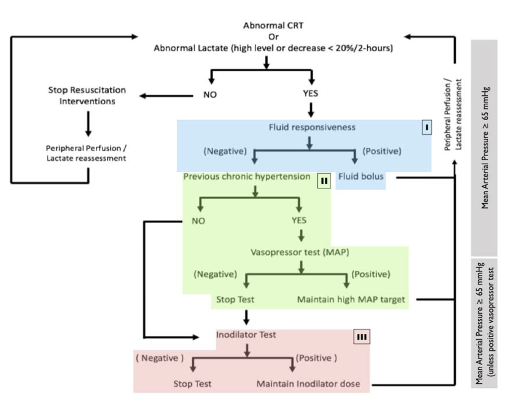 The results showed a trend towards improved 28d mortality in the CRT vs. lactate group (34.9% vs. 43.4%, p = 0.06), but failed to reach statistical significance. This was interpreted by some as CRT being non-inferior to lactate guide resuscitation. Shortly afterward, a Bayseian re-analysis of the trial was done.

What is a bayesian analysis? The posterior belief is a combination of the likelihood of an event being true and prior beliefs (“Bayes factor”). This is similar to what we do in clinical medicine. For example, you see a patient with chest pain. You take a focused history and perform a physical examination; from there you decide what the likelihood of this patient having an ischemic event is. You then perform tests such as an ECG, troponin, and a chest x-ray. You combine all that information together to form your “posterior belief” or your “post-test probability”. 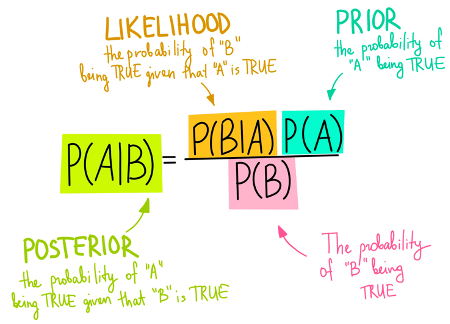 CRT vs. lactate guided resuscitation using four different priors was utilized (optimistic, pessimistic, null, neutral)(32). Results showed that regardless of which prior was used, the posterior probability favoured CRT in both 28d and 90d outcomes. When analyzing the original trial, one of the differences between the two groups was the amount of IVF received in the first 8hrs (CRT 2359mL vs. lactate 2767mL, p = 0.01). As such, CRT may prevent over-resuscitation of these patients with IV fluids, which has negative effects such as pulmonary edema.

There is no perfect marker for perfusion in sepsis. These patients are complicated to manage, and there are many factors that you have to piece together to improve their perfusion. Some key points to remember include: