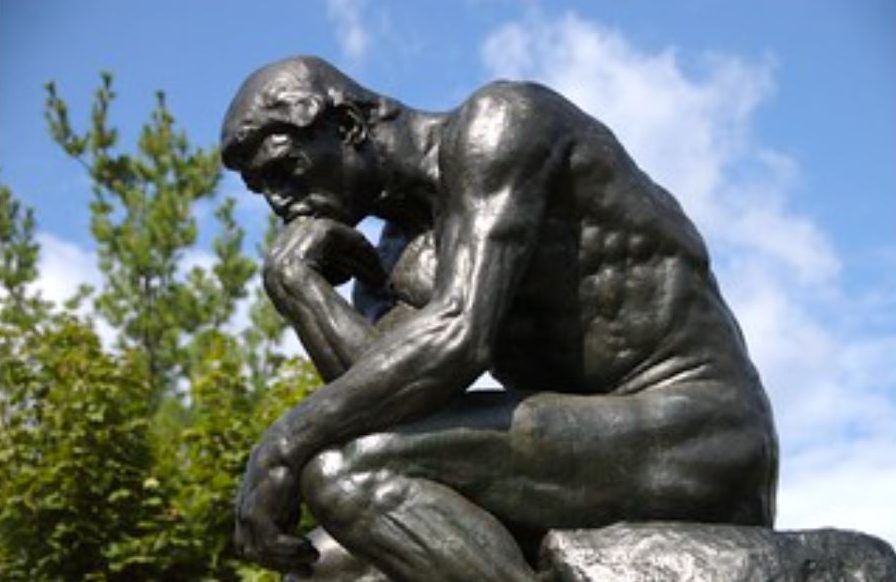 Have you ever sat at M&M rounds, seeing the same lists of biases and the same diagnostic errors being discussed over and over again? I know I have. I am often left wondering how can we do better? The solution seems simple – learn the biases, know the biases, don’t let them affect you. Then why are they often a recurrent theme in M&M rounds? Is the solution just to slow down and think harder? I honestly, thought I was already thinking pretty hard ….

Plagued with all these questions, I sought out the evidence about what works and doesn’t work, using cognitive science as the lens. DISCLAIMER: The evidence in this area is limited, and there is controversy in the field. Experts often argue from polar opposite perspectives on what approach might be best for reducing diagnostic error. Therefore, I present to you a synthesis of opinion and primary literature to surmise what might work, and what the (albeit limited) evidence suggests doesn’t work.

We’ll aim to address the objectives as listed below:

According to the Institute of Medicine1, Diagnostic Error is the failure to:

Emergency Medicine has been called a “NATURAL LABORATORY OF ERROR”5

We have the capacity for very rapid, intuitive, and associative thought. We can make a rapid diagnosis quickly without having to actively think about it.

SO HOW DO WE MAKE THESE DECISIONS?

One popular model is the dual-processing model. This is just one of several models, based on the concept of two physiologic patterns of thought: often termed System 1 and System 2.

“I need to just be aware of that bias, so I can recognize it next time and avoid it”

“I think I just shut my brain off.  I didn’t stop to think”

“I should have slowed down to think”

“I should have forced myself to think through it harder”

De-biasing strategies have been promoted by many experts in the field based on a theory of dual processing in the mind. A particularly higher profile proponent is Dr. Croskerry, who has brought the concepts of cognitive science into the common language of emergency medicine. This has had an overall very positive effect on how we pay attention to errors and our cognitive processes. Recognition of how bias impacts our decisions has also been popularized in books like Thinking Fast and Slow and How Doctors Think. The idea of “de-biasing” tends to show up in many places in the literature, in organizational recommendations, and throughout the FOAM world.

What exactly is “de-biasing”? The language of these techniques tends to be used fairly interchangeably, but generally combines some ideas of metacognition, cognitive forcing strategies, and slowing down.

Summarized another way, it’s “Having ‘the appropriate knowledge of ‘solutions and strategic rules to substitute for a heuristic response’ and the ability to override system 1 processing.” 12 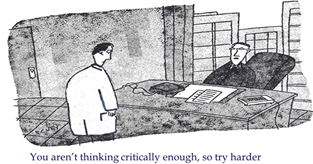 Some authors have challenged the heuristic and bias-based approach to preventing diagnostic errors. They argue the theory is based on faulty assumptions and loose connections, and that it does not hold up when looking at the complexities of diagnostic error in real-life contexts. Two literature reviews looking at methods for reducing diagnostic error found little evidence to support de-biasing strategies13,14. However, evidence remains very limited overall. The following are select studies from those reviews as well as my own review of primary literature. This is not meant to be comprehensive, but rather to highlight to nature of the evidence currently:

“For a physician to successfully apply debiasing tactics, he or she must first be aware of common biases and their impact on cognitive error. Then the physician must detect the bias, decide to intervene, and successfully apply strategies to mitigate risk, all the while not becoming paralyzed in decision-making.” (Hartigan, 2020)

The question remains – Can we ACTUALLY do this?

The evidence suggests …. MAYBE not

Zwann et al. (2017) – This issue of reliability in recognizing biases was creatively illustrated in this study. The authors manipulated written scenarios to have two equiprobable diagnoses (e.g., RLQ pain, where the vignette sounds like either appendicitis or tuboovarian abscess). Physicians then gave suspected diagnosis for the case. Because the authors manipulated the case features to make it a 50-50 toss up to physicians, indeed answers were roughly a 50-50 split. Then, no matter the answer provided, a conclusion to the vignette was given where the wording implied the diagnosis was either correct or incorrect. Physicians from the Society to Improve Diagnosis in Medicine (SIDM) reviewed to identify biases in diagnostic error. Where the diagnosis seemed wrong in retrospect, raters identified twice as many biases as when the diagnosis seemed right. This is evidence of hindsight bias. They indicate evidence of more bias when the decision is wrong in retrospect, than when it is right in retrospect. Further, they did not consistently or reliably identify the same cognitive biases – they couldn’t agree which biases were present.

So, do we throw away de-biasing completely?

We probably don’t have a clear enough picture here to completely discount understanding of biases and considering how to go about de-biasing. Proponents argue that evidence to date is too reductionist. Of course, evidence should be taken in context, but evidence supporting debiasing strategies has been conspicuously absent. This does not conclusively tell us they don’t work – perhaps more clearly defined techniques can be tested with better results. Yet, if 9 out of 10 drug trials failed to show the benefit of a drug, you would not use that drug.

Proponents also argue that there is still value in talking about bias and attempts to de-bias ourselves, including,

Other Approaches: What can YOU do about Diagnostic Error

Monteiro, Norman, and Sherbino (2018) took an epistemological approach to review the literature on preventing diagnostic error27. This is a great way to look at a topic where there is a varied opinion, language, and lack of consensus. Each “perspective” represents a general theme in the literature of how authors approach this topic. They identified 3 major “perspectives”:

To their list, I have added two other broad categories for discussion:

These are not meant to be a one-size-fits-all or mutually exclusive approach. Instead, these are different ways of looking at the problem and there is probably value in understanding the issue from as many sides as possible. We can choose what seems most relevant or helpful given the theory- and evidence that we do have.

How to address your cognitive load?

Don’t discount or neglect this! Your patients deserve YOUR BEST.

DISCLAIMER again: Evidence in reducing diagnostic errors is surprisingly limited and fraught with controversy. Here I have presented a review of various perspectives and approaches taken in the literature. These are my suggestions based on the review of primary evidence, discussions with experts, personal experience, and a deep dive into the literature. The intent is that you take a more comprehensive approach to reduce your own errors, or reflecting on errors you have made at your next M+M rounds.

What NOT to do

What TO DO instead