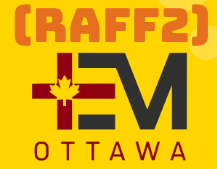 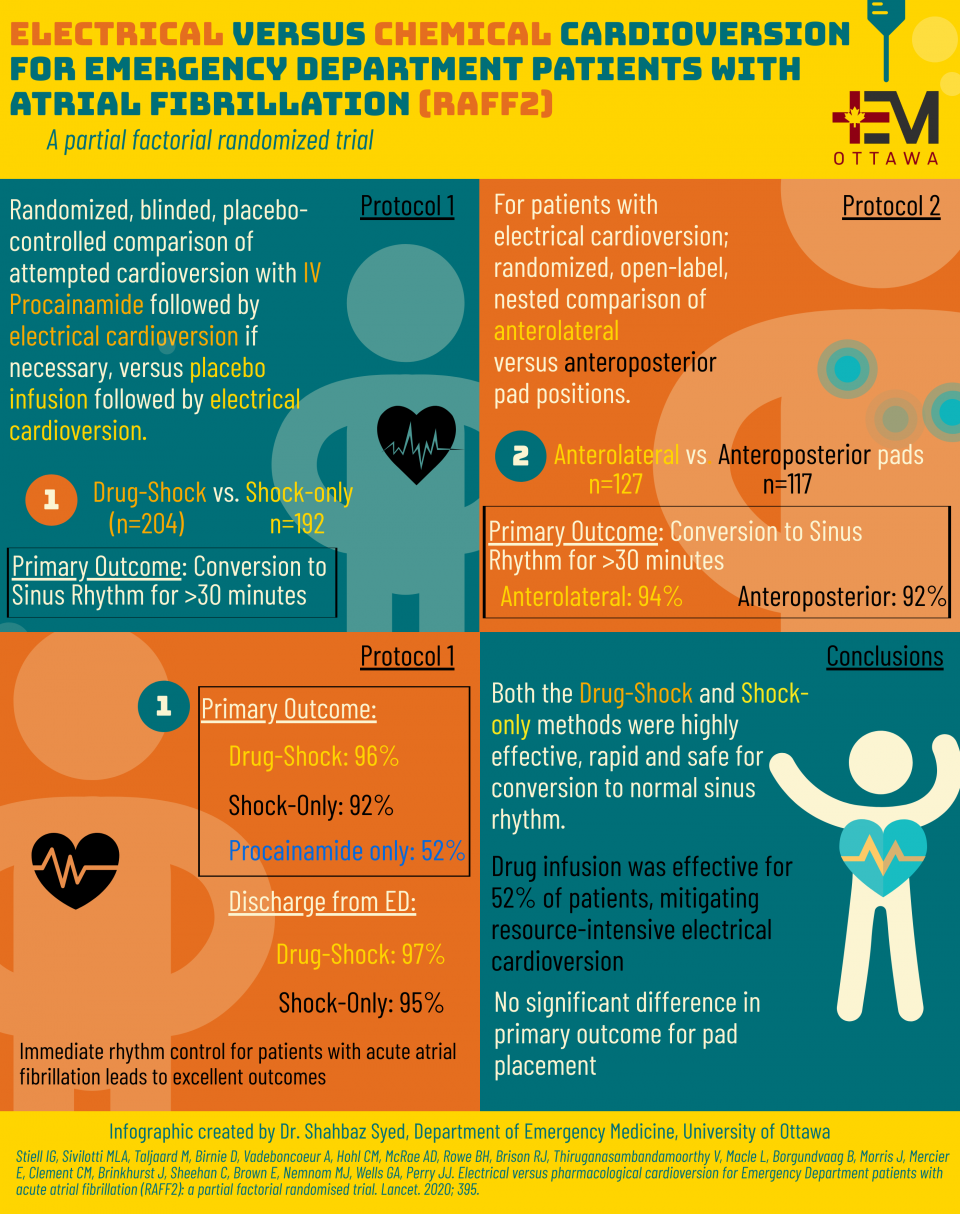 Ian Stiell and colleagues are back at it with atrial fibrillation; The RAFF2 trial (Electrical versus Chemical cardioversion for Emergency Department patients with Atrial Fibrillation (RAFF2); A partial factorial randomized trial) was published in The Lancet this week.

Acute atrial fibrillation is an irregular dysrhythmia that should be treated within 48 hours to avoid significant complications such as stroke and heart failure. It has a significant epidemiological impact, accounting for about 430,000 ED visits every year in Canada and the United States.

During this study, 396 patients with acute atrial fibrillation were recruited from 11 Canadian EDs, with a primary outcome of return to normal sinus rhythm for at least 30 minutes following cardioversion.

In the drug-then-shock group (204 patients):

Ultimately, both methods of cardioversion were as effective and equally safe for restoring normal sinus rhythm and facilitating discharge from the ED. There were no adverse events or serious side-effects for any patients in this study. No patients were lost to follow up, and at two weeks post-discharge, 95% of patients remained in sinus rhythm.

Notably, over half of the patients who received IV Procainamide cardioverted without requiring a resource-intensive electrical cardioversion; “If I have a patient on a drug infusion, I can see other patients at the same time,” said Dr. Jeffrey Perry, study author and senior scientist at The Ottawa Hospital and professor at the University of Ottawa. “To do electrical cardioversion, I need to find another doctor, a nurse, and a respiratory therapist, and it takes time to assemble those people.”

The researchers note that patients often have a strong preference for one kind of cardioversion, especially if they need it done regularly.

“While we believe that there are advantages to trying the drug infusion before the shock, the treatment choice is ultimately a shared decision between patient and physician,” said Dr. Perry.

This study demonstrates that rhythm control is safe and effective in the Emergency Department, hopefully helping to encourage rhythm control over rate control in these patients.

“We’re excited to support research into treatment methods that help patients quickly return to their normal activities and avoid extended stays in hospitals,” said Dr. Brian Rowe, study co-author and Scientific Director of the Canadian Institutes of Health Research Institute of Circulatory and Respiratory Health, and professor at the University of Alberta.