Concussion: Inside the Head (Part 1) 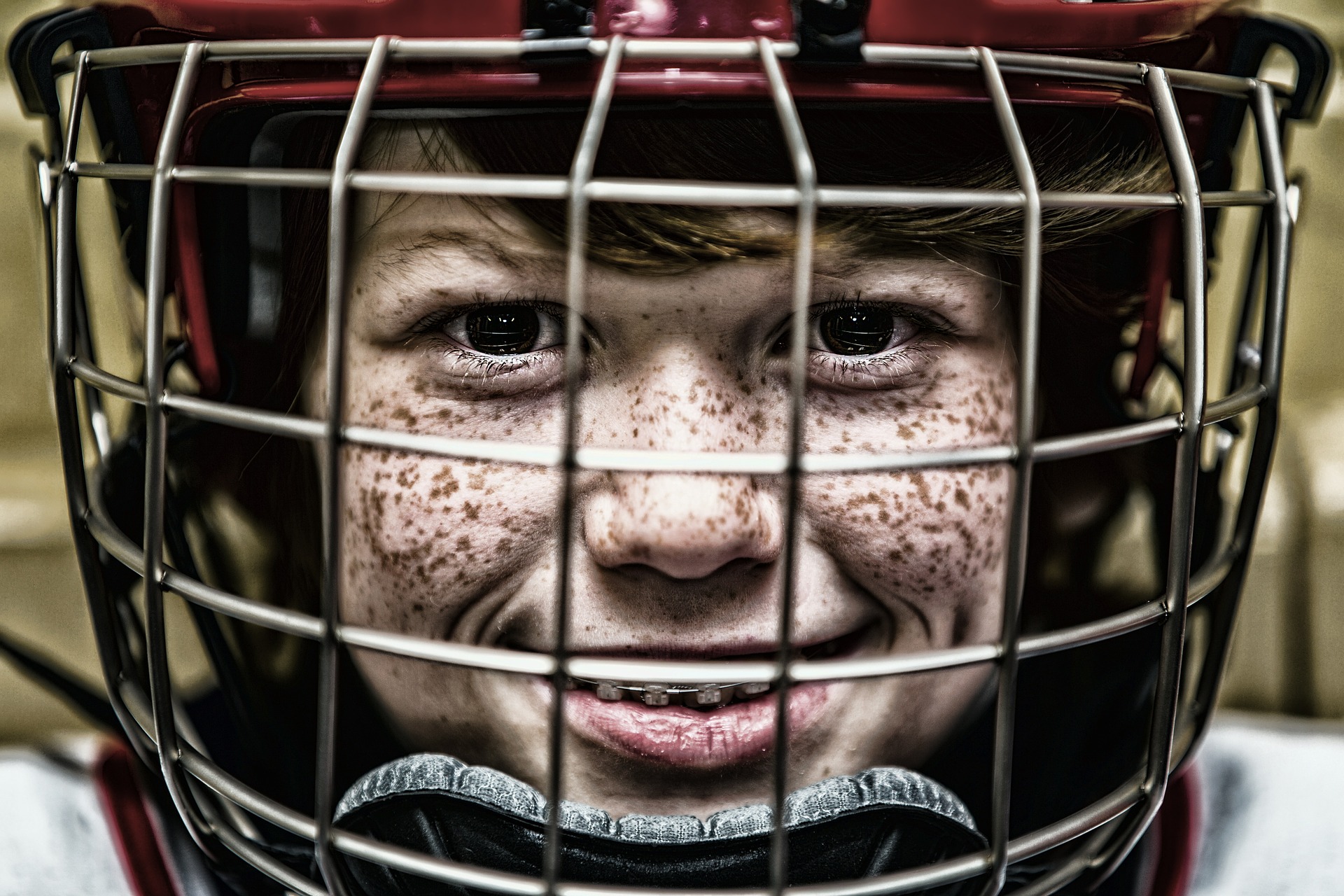 Head injuries are commonly seen in the emergency department and a large group of these patients will subsequently be diagnosed with a concussion. In this three-part series, we will summarize the most up to date definition of a concussion (Part 1), review how to make the diagnosis and provide concussion counseling to your patients (Part 2), discuss the complications of concussions and why proper concussion care is a public health concern (Part 3).

Part 1: What is a Concussion?

The definition of a concussion varies slightly depending on what source you use; however, there are a few key components that are consistent in all sources for both adult and pediatric patients.1–3 Focusing on these features, a concussion:

TBI’s are a group of brain disorders that occur after traumatic injury and are classified in various ways with the most commonly used system being categorization by severity.1 TBI severity is defined by the patient’s Glasgow Coma Scale (GCS) at assessment or within 30 minutes of injury, which was originally described in 1974.4 An important concept to remember is that although all concussions are mild TBIs, not all mild TBIs are concussions, and they can be distinguished by an inconsistent history, imaging findings, or persistent neurological deficits.1 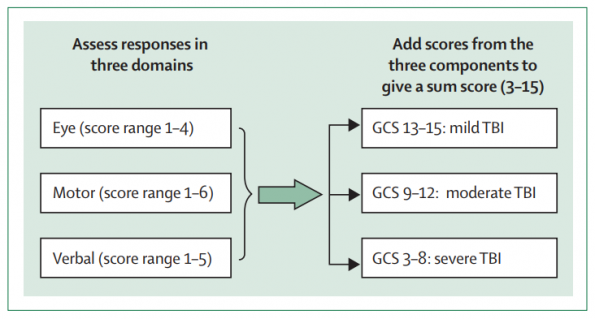 Blunt trauma creates mechanical energy, and if it is applied to the head, neck, or body, it can transmit forces to the brain, resulting in a concussion. Thus, you do not need to be hit in the head to get a concussion.2,6 Although there are both linear and rotational force components, it is the rotation that is most highly correlated with injury.6–8 It is important to realize that it doesn’t have to be a hard straight-on hit; if there is a significant rotation with lower forces, you can still get a concussion.

One myth that is often described is that the “brain bounces around in skull” and the contact between the brain and skull creates a concussion.9,10 However, this is not what concussion experts believe. Firstly, if the brain bounces around in the skull, we would see coup-contrecoup injuries on conventional imaging, which contradicts the definition of a concussion.2 Secondly, the brain is surrounded by cerebrospinal fluid which acts as a shock absorber and cushion that limits contact. Finally, the brain has fixed points – Falx Cerebri and Tentorium Cerebelli, which limit movement. The newest data demonstrates that these fixations create “local areas of deformation,” which distributes these forces centrally.7,11 If you think about it, this makes sense because to lose consciousness or become amnestic, you need to injure your brainstem or reticular activating system (RAS), which is located centrally. 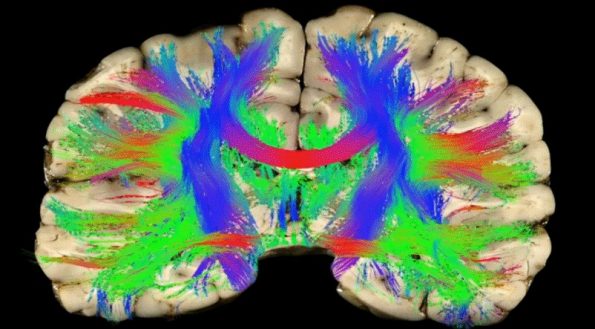 A concussion instantly creates multiple changes in neurochemistry, which are more complex than what the average emergency physician needs to know. However, one component that is beneficial to understand is that concussions immediately create what experts call an “energy crisis.”12,13 The brain immediately releases its glucose stores, but its ability to uptake glucose gets depressed. Furthermore, cerebral blood flow is immediately decreased and remains that way for days or even weeks after the initial injury.12,13 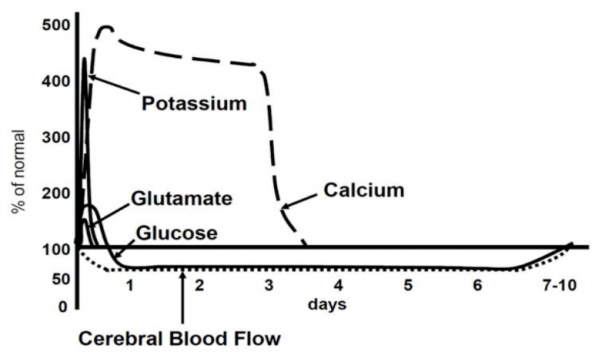 Figure is from Giza et all13

This is important to understand because your brain is about 2% of your body mass but uses 20% of your energy.14 You’ve got an impaired ability to use glucose for energy, and the brain is physically getting less blood flow to it, thus it has no choice but to operate at lower functional capacity for the first few days after a concussion. 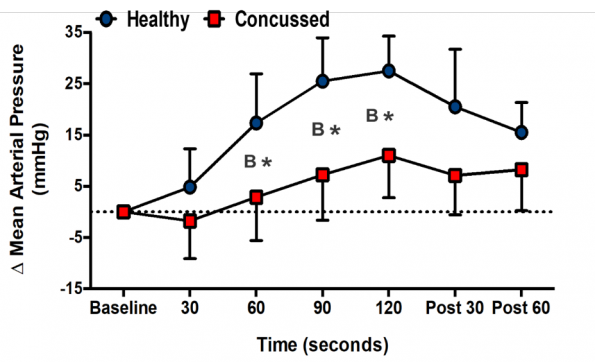 Another neurophysiological issue after a concussion is autonomic dysregulation, where concussed patients lose the ability to appropriately switch between “fight or flight” and “rest and digest.”  This was demonstrated by Johnson et al., where we see significantly depressing responses from concussed patients when exposed to a stressful stimulus compared to controls.15 The autonomic dysregulation presents as exercise intolerance because when their body is stressed, it cannot appropriately compensate and may over or undershoot its normal response.

Regarding concussions, a brief neurological impairment is one of the following:2,3,16,17

The last criteria is the most vague part of the definition, and varies depending on the source but includes feeling off or in a fog, being disoriented, or confusion. It is important to understand that these symptoms must be present at the time of injury and may be completely resolved by the time you see the patient. If the time intervals are longer than those listed above, then they have a mild TBI and not a concussion.

Functional Disturbance Rather than Structural Injury

Concussions lack evidence of an intracranial or structural injury on standard imaging tests. However, there is evidence of microstructural injuries on axons, which lead to functional issues within the brain we can see on functional MRI (fMRI).13 There have been three studies that compared concussed varsity athletes to controls using a combination of neurocognitive testing and fMRI.18–20 They all found that fMRI changes persisted even when the athletes did not show any physical or neurocognitive signs of injury on standardized testing and were cleared for return to sport. A concussion expert stated that this disruption of neuro-connections necessitates a re-learning process and that a concussed brain has to re-learn how to do things that were once straight forward.

Pattern of Clinical and Cognitive Symptoms

The final key component of defining concussions is that they have a pattern of clinical and cognitive symptoms that typically follow a sequential recovery. These symptoms and features are organized into four categories:1,2,16,21

The most common symptoms are headache, dizziness, and fatigue. Of note, in some patients, it can take up to 24 hours for symptoms to evolve or even present.

Concussions heal in a typical way, which differs slightly in adults and children. For children, since the brain is still developing, it takes longer to recover because it needs to both heal and catch up. In adults with their first concussion, 85–90% will resolve within 14 days.2,16,22 Athletes tend to recover quicker than the general population, in approximately 10 days.23  In pediatrics, we used to think they had the same timeline, but a large prospective Canadian study has changed that.24 They followed over 3000 children for several months, reviewing their symptom scoring and plotting their recoveries over time. They found that preadolescent children (age < 8) were similar to adults, with an average of 2 weeks for symptom recovery. In adolescents (age 8-12) and teenage males, average symptom recovery can take up to 4 weeks; however, in female adolescents (age 13-18), their typical recovery can last for several weeks (~8 weeks).